The Holy Temple: A Structure Mysteriously Erased From The Pages of History?

DENVER, CO / ACCESSWIRE / August 14, 2019 / Revered as the meeting place of heaven and earth, Temple Mount, a 3000-year old hill in Jerusalem, is shrouded in controversy. Biblical texts maintain it was once home to the Holy Temple; a series of structures (mainly comprised of two separate buildings) said to have existed circa 500 BCE. 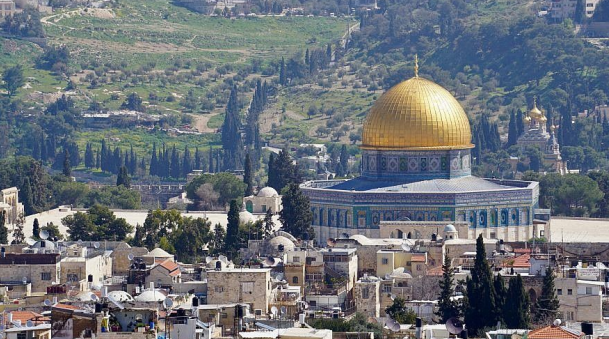 The question remains; Was the Holy Temple mere legend or larger than life?

The Holy Temple: Two Mythical Buildings (And Maybe Even a Third)

This was contemporaneously the holiest place on Earth. Fast forward to the 21st century, it is now embattled in conflict; conflict that questions its very existence.

The First Temple was reportedly erected by Solomon, hence the name Solomon's Temple, in 957 BCE and ravaged by Babylonian armies in 586 BCE during a city raid. The Second Temple, said to have been built in 516 BCE, was expanded upon by Herod, procuring the name Herod's Temple, only to be demolished by the Romans in 70 CE.

Unfortunately, there is no sufficient proof to support the existence of either of these constructions. Jewish religion has prophesied that a third temple will be erected in the Messianic age (Christ's Second Coming).

So did it exist or didn't it?

The Holy Temple has stirred up confusion among scholars and laypeople alike. With the passage of time and the nebulous nature of history, many aren't too sure of its exact whereabouts even assuming it did exist.

The Wailing Wall is an archaic limestone wall that still stands on Temple Mount. It is said to have been erected as part of the expansion of the Second Temple, but again, this is open to universal contention.

In 2018, a documentary titled "The Lost Temple" was released, touching upon the history of Temple Mount, now the most politically charged site on the planet.

The documentary, entirely filmed on location, is a tale for the ages. It considers accounts from world-renowned archaeologists Eli Shukron, Gabriel Barkay and Shimon Gibson. Their mission is to study historical scripts, expert testimony and tangible evidence to prove that these buildings were more than just words on a page.

In fact, The Lost Temple documentary even explores the possibility that some very powerful people worked very hard to reduce the Temple to a mere footnote in history.

Per one of the film's historians, "The fact they had to do so much to destroy the evidence shows you how much evidence there is."

God's foothold on Earth; the most divine place known to mankind; a site locked in a cultural battle between historians and the western era - Is the Holy Temple the greatest building never built?

Spencer Shaver Denver is the executive producer at Skyward Artists Group, a company based in Colorado. He creates thought-provoking films and documentaries, strongly rooted in the Christian faith. Spencer Shaver Denver has a keen eye for rich narratives and cinematic productions; all delivered in a way that resonates with global audiences. His mission is to make a difference in modern-day films.

Spencer Shaver's philosophy in films closely resembles his philosophy in business. Using his acumen in the professional sphere, he has worked with hundreds of small businesses to improve workflow processes and impart higher levels of motivation.

As a nod to his core Christian beliefs, Spencer Shaver Denver also nurtures a number of philanthropic passions. He teaches businesses the value of paying it forward through organized charitable efforts. Today, Spencer Shaver Denver continues to pursue exciting business ventures and explore his passion for theological cinematography.

NEW YORK CITY, New York - A man who was arrested as he was about to board a plane at ...

BEIRUT, Lebanon - The World Food Programme (WFP) is racing to prevent food shortages in Lebanon as the country continues ...

Rush, but not race, to develop coronavirus vaccine

WASHINGTON, DC - The Trump administration has ordered 100 million doses of a COVID-19 vaccine candidate to be manufactured by ...

Hong Kong newspaper fights on despite arrest of proprietor

Fears mount over last weeks of Trump presidency if he loses

What could happen to America if Trump were to further, severely crash the U.S. economy the day after Joe Biden ...

"An incredible opportunity for domestic manufacturing." That's how Mercedes Gonzalez, a director at Global Purchasing Companies, describes an unexpected benefit ...

SYDNEY, Australia - Asian stock markets were mixed on Wednesday, rising in Japan and Hong Kong, but falling in China ...