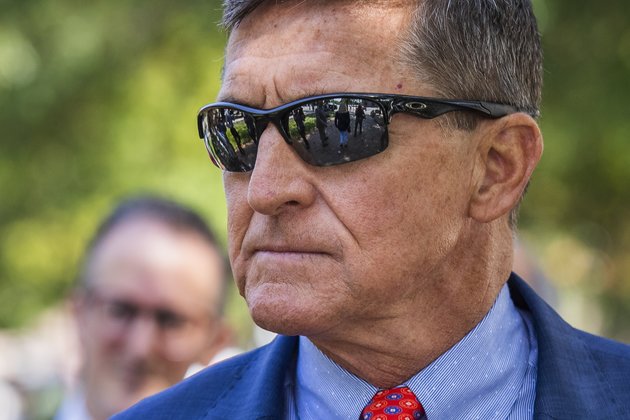 The arguments from Flynn attorney Sidney Powell were the latest in a series of aggressive attacks on the foundations of special counsel Robert Mueller's Russia investigation. They represented yet another step in Flynn's evolution from a model cooperator he was the first and only White House official to cut a deal with prosecutors to a defendant whose newly combative and unremorseful stance may cost him a chance at the probation sentence prosecutors had previously recommended.

Even as U.S. District Judge Emmet Sullivan set a Dec. 18 sentencing date for Flynn, Powell made clear that she considered the case far from resolved. Though she said she was not seeking to have Flynn's guilty plea thrown out, she contended the "entire prosecution should be dismissed because of egregious government misconduct."

"There is far more at stake here than sentencing," Powell said. She later accused the government of "being too busy working on what they wanted to accomplish in convicting Mr. Flynn" to seek truth or justice.

Prosecutor Brandon Van Grack, a member of Mueller's team, strongly denied the accusations and said the government had given Flynn's team more than 22,000 pages of documents. He said the information Powell was seeking either had no bearing on the case against Flynn, or was material that Flynn had been made aware of before pleading guilty to lying to the FBI about his interactions with the Russian ambassador to the United States.

Asked by Sullivan if the government stands by its recommendation that Flynn should be spared prison time for his cooperation, Van Grack said the government would file new documents on that question _ suggesting prosecutors may reverse course and ask for him to spend at least some time behind bars.

If the Dec. 18 sentencing date holds, it will be his second sentencing hearing on that exact date in as many years.

Flynn was supposed to be sentenced last December for lying to the FBI about his December 2016 conversations with Russian Ambassador Sergey Kislyak. But that sentencing hearing was abruptly cut short after Flynn asked that he be allowed to continue cooperating with prosecutors in hopes of earning credit toward a lighter punishment.

Flynn changed lawyers and hired a new legal team led by Powell, a conservative commentator and former federal prosecutor who has been an outspoken critic of Mueller's investigation into ties between the Trump campaign and Russia.

In court Tuesday, she unloaded on Mueller's investigation into ties between the Trump campaign and Russia.

She accused Peter Strzok, one of the two FBI agents who interviewed Flynn at the White House about his interactions with the ambassador, of being "impaired" by bias. She said she had not received copies of Strzok's derogatory text messages about Trump that led to his removal from Mueller's team and ultimately his firing from the FBI.

But Van Grack said Flynn was told before his first guilty plea in December 2017 that the communications existed and went ahead with the plea anyway.

Powell also said the government had not produced evidence that she said could demonstrate that Flynn was not an agent of the Russian government. But Van Grack noted that that allegation was never part of the case.

"The government has not alleged in any filing in this court or before the court that the defendant is an agent of Russia," he said. "That is not part of the case."

Instead, he added, the prosecution is all about whether Flynn lied to the FBI during a January 2017 interview at the White House about having discussed sanctions with Kislyak.

Mueller's investigation, which produced charges against a half dozen Trump aides and associates, ended last spring with a report to the Justice Department. The report did not establish a criminal conspiracy between the Trump campaign and Russia but did identify multiple instances in which the president sought to influence the investigation. 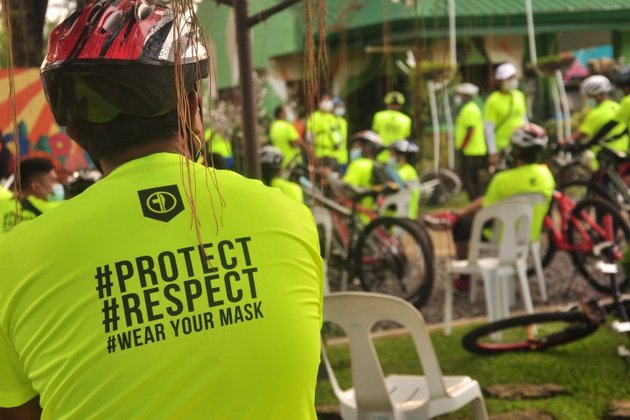