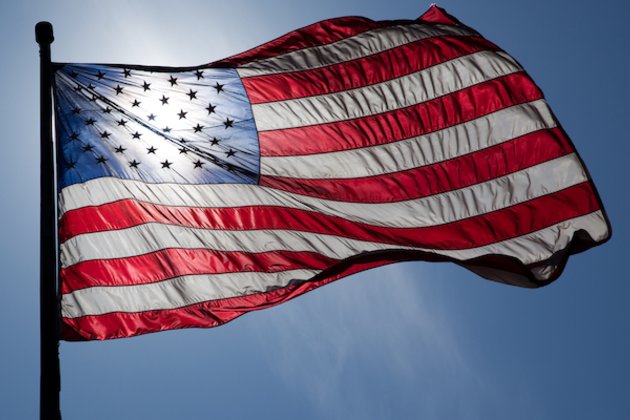 Ivo Daalder and James Lindsay, former officials in the Obama and Clinton Administrations, open their jeremiad about the loss of US global leadership with a story of Donald Trump's meeting with his national security and military advisors on July 20, 2017 in "The Tank of the Pentagon". The meeting would later become infamous for Trump's lack of knowledge about issues such as the war in Afghanistan, juxtaposed with grand suggestions such as increasing the nuclear arsenal tenfold. Secretary of State Rex Tillerson called Trump a "fucking moron". National Security Advisor H.R. McMaster assessed that he was an "idiot" with "the intelligence of a kindergartner". But, for Daalder and Lindsay, Trump's most telling remark was that the post-World War II rules-based international order is "not working at all" (p. 2).

The easy task for The Empty Throne is to detail the threat posed by Trump since January 2017 not only to the international system but to the conduct of US foreign policy. Almost all of the book, after a background chapter on the post-World War II and post-Cold War contexts, is a narrative of the disfunction of Trump and his Administration. They summarize Trump's "ignorance on many issues, his unwillingness to take advice from others, his impulsiveness, and his lack of strategic thinking" (p. 163), as well as the chaos within the White House. Their central scene is the failed attempt by protectors of an American "internationalist" approach based on competence and US primacy - Defense Secretary Gen. James Mattis, National Security Advisor Gen. H.R. McMaster, Secretary of State Rex Tillerson, and CIA Director Mike Pompeo - to contain Trump and sustain American alliances and sensible diplomatic, economic, and military programs. Only Pompeo, now Secretary of State, remains in an Administration distinguished by trade wars, Trump's transactional impulses, and insults of long-time US partners.

But to decry the combination of Trump's functional ineptitude and temperamental override of advisors is - for almost all readers except for diehard Trump supporters - kicking at an open door. We already know that Trump's self-applied label of "stable genius" is unintended parody of his statements and actions. We have the iconic photograph of him, pouting and arms folded, as other leaders at the G7 summit implore him to listen to reasoned argument. The greater challenge is to consider how to pick up the pieces of international relations after the reality TV star leaves office. And here Daalder and Lindsay do little more than cling to the thin reed of "American leadership". Of course, there is nothing wrong - and much that is right - in advocacy of the judicious use of American political, military, economic, and technological capabilities not only for US interests but also for the advance of other countries and communities and for shared objectives such as a halt to damaging, man-made climate change.

But it is far from clear that this is the definition of Daalder and Lindsay's "leadership". In their vague statements, leadership is usually a synonym for US primacy and hegemonic agency: "The world that the United States created... was fracturing" (p. 3); "The American decision to lead the Free World after World War II was a historic success" (p. 4). The post-Cold War problem is one of other nations not accepting the US lead - not just possible foes like Russia and Iran but also allies "free riding on Washington's efforts or championing their own ideas for improvements to the rules-based order" (p. 5). Only once do the authors present American leadership as "promoting cooperation for mutual gain" (p. 159).

This is not to say that Daalder and Lindsay are proffering the "preponderance of power" that propelled the hubris of the George W. Bush Administration into the Iraq invasion - they cite "missteps and misjudgements" that "plunged the United States into an intractable Middle East maelstrom and sowed doubts about the wisdom of American leaders" (p. 5). They are more in line with the "bound to lead" of Joseph Nye's invocation of soft power - persuading others to do what the US wants - and its repackaging in the 2006 Princeton Project on National Security and the 2007 Center for Strategic and International Studies (CSIS) Commission on Smart Power. Those collections, with hundreds of analysts, were detailed in their consideration of leadership and power - and still they struggled with notions of a "Concert of Democracies" or other multilateral initiatives. The invocation of US leadership was not a liberating framework but an anchor on approaching a world reconfigured by far more than the 2003 Iraq War, even before the challenges and damage wrought by Trump.

In contrast to this work, Daalder and Lindsay only offer a few paragraphs of invocation: "the world's largest and most vibrant economy"; "its military dwarfed that of every country"; "its values resonated around the world" (p. 174). They never ponder that capability is not a divine right to leadership, or that values are not universally resting on an exclusively American definition. Instead, they blithely dismiss straw-person alternatives: 1) "A world in which no one leads" 2) "Another country fills the leadership vacuum Trump's abdication created... But none of America's allies is up to the task." (p. 171) They invoke the spectre of a China-dominated globe if all do not embrace a US bound to lead.

Contrary to their portrayal, the era before Trump was not a settled America-first, rules-based order. Many countries - not just a Soviet Union or China but also De Gaulle's France and other members of the nascent European Union - did not see "you lead; we follow" as co-operative. Many balked at American actions which could be disorderly, from both overt and covert regime changes to the threat of nuclear war to intervention in Vietnam. They did not sign on to the "unipolar era" after 1991 or the War on Terror after 9-11. Daalder and Lindsay's solace, after their jeremiad over Trump, may be in the proclamation of a return to that mythical order. But if wishes were fishes, we'd all swim in riches - and the world needs genuine cooperation, rather than an asserted "leadership", to deal with issues from protracted conflicts to economic instability to potential environmental catastrophe.