Hundreds Arrested in Nigeria, US on Online Fraud Charges 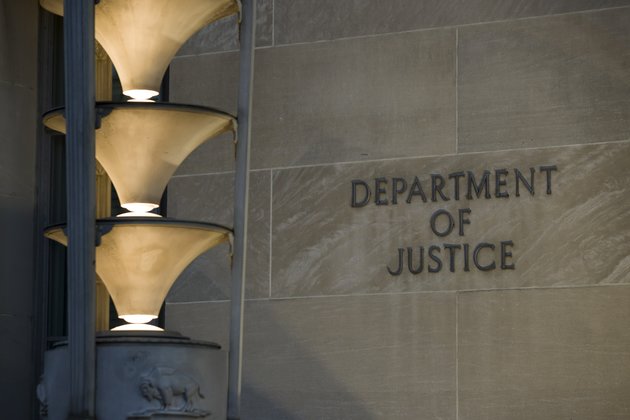 WASHINGTON - Nearly 250 people have been arrested in Nigeria and the United States in one of the largest coordinated law enforcement operations aimed at disrupting a mushrooming email fraud scam that targets businesses and individual victims, officials announced on Tuesday.

The four-month global operation netted a total of 281 arrests, including 167 in Nigeria and 74 in the United States, the U.S. Justice Department said in a statement. Arrests were also made in Turkey, Ghana, France, Italy, Japan, Kenya, Malaysia and Britain. The operation, dubbed reWired, led to the seizure of nearly $3.7 million.

The disproportionately large number of arrests in Nigeria stemmed from close coordination between U.S. and Nigerian law enforcement authorities, officials said. Nigeria has long been plagued by a reputation for online fraud committed by so-called "yahoo-yahoo" boys.

The announcement came just weeks after U.S. prosecutors indicted 77 Nigerian nationals and three others with participating in a conspiracy to steal millions of dollars from businesses and individuals through an online scheme known as Business Email Compromise.

Nigeria's Economic and Financial Crimes Commission said a "sizeable number" of the 77 Nigerian suspects indicted in the United States had been arrested.

"Our efforts in coordinating the EFCC/FBI joint operations in Nigeria recorded tremendous successes" against "the infamous yahoo-yahoo boys," said the EFCC's director of information, Mohammed Abba, according to AFP.

"The Department of Justice has increased efforts in taking aggressive enforcement action against fraudsters who are targeting American citizens and their businesses in business email compromise schemes and other cyber-enabled financial crimes," Rosen said.

Business Email Compromise is a $26 billion online scam. According to the FBI's Internet Crime Complaint Center, nearly $1.3 billion in losses were reported from BEC and its variant, Email Account Compromise, in 2018. That was nearly twice as much as was reported in 2017.

The Justice Department has stepped up efforts to investigate and prosecute BEC schemes, setting up a "counteraction group" to coordinate BEC cases.

Through the arrests, "we're sending a clear message to the criminals who orchestrate these BEC schemes: We'll keep coming after you, no matter where you are," FBI Director Christopher Wray said. "And to the public, we'll keep doing whatever we can to protect you."

A similar operation last year resulted in the arrest of 74 people involved in BEC scams, and the seizure of $2.4 million, according to the Justice Department.

The top official at the U.S. Agency for Global Media has replaced the appointed heads of Radio Free Europe/Radio Liberty, ...