Trump Seeks to Take Action on Homelessness in California 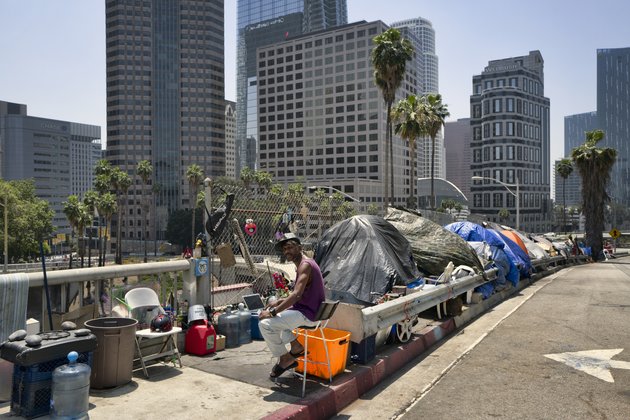 U.S. President Donald Trump is pushing officials to get homeless people off the streets of California, The Washington Post reported Tuesday.

Officials from the White House and the Department of Housing and Urban Development are in California Tuesday to meet with city leaders in Los Angeles and other urban centers.

The Post reports that two officials said that among the ideas discussed in Washington was tearing down homeless camps and either building new facilities or refurbishing existing ones so that the Trump administration would have more of a say in the housing and health care of the homeless.

"Like many Americans, the president has taken notice of the homelessness crisis, particularly in cities and states where the liberal policies are combining to dramatically increase poverty and public health risks," said Judd Deere, a White House spokesman. "President Trump has directed his team to go further and develop a range of policy options for consideration to deal with this tragedy."

Trump has often assailed the Democratic leaders in Washington over California's homeless crisis.

"What they are doing to our beautiful California is a disgrace to our country," Trump said at a rally in Ohio last month. "It's a shame. The world is looking at it. Look at Los Angeles with the tents and the horrible, horrible conditions. Look at San Francisco, look at some of your other cities."

Officials say no final plan has been drawn up yet.