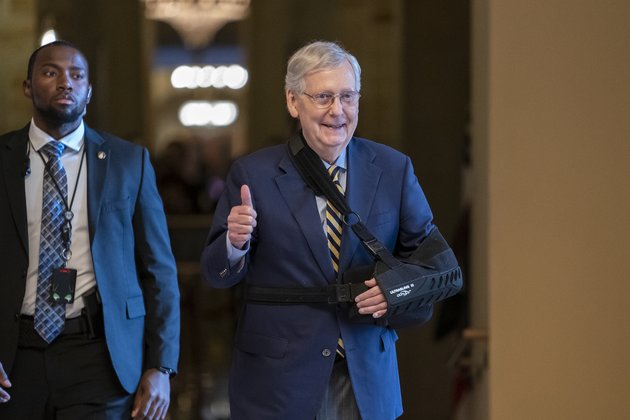 WASHINGTON - The Republican leader of the U.S. Senate repeated Tuesday that he would not commit to bringing gun control legislation up for consideration until the White House comes forward with its own proposal.

"Let's see if we can actually make a law here," Senator Mitch McConnell told reporters. "To make a law, you have to have a presidential signature.

"They are working on coming up with a proposal that the president will sign," he added. "Until that happens, all of this is theatrics."

Democrats are pressuring McConnell to bring up legislation passed by the U.S. House of Representatives last February that would toughen gun sale background checks by including sales made over the internet and at gun shows.

The White House threatened to veto that bill, saying it would impose "burdensome" requirements on some firearm sales.

Since then, however, President Donald Trump has given mixed messages on whether he might support legislation expanding background checks.

McConnell, who as majority leader decides what legislation comes to the Senate floor for consideration, did not directly respond to a reporter's question on whether he personally supports expanded background checks.