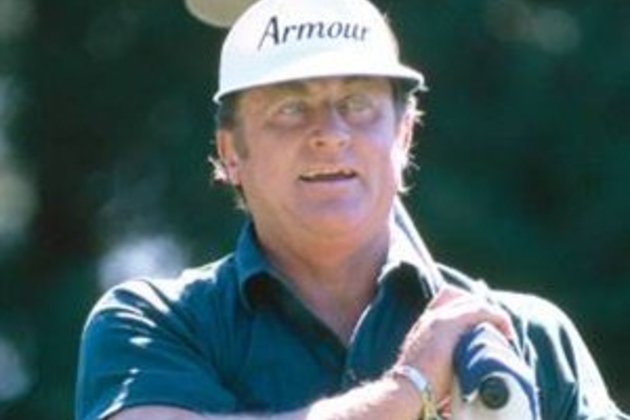 Barnes, one of golf's most colourful characters, passed away on Monday after a short battle with cancer.

"It was very sudden. I played a round of golf with him in May and he played 18 holes with no problem at all," Barnes's brother-in-law, Guy Faulkner, told the Press Association.

Barnes was born in Addington, Surrey, and represented England at international level until 1971 when he joined the Scottish PGA.

He won nine European Tour titles but the defining moment of his career came in the 1975 Ryder Cup against the United States at Laurel Valley.

Barnes famously beat legendary American Jack Nicklaus 4&2 in the morning singles and 2&1 in an afternoon rematch.

"When we went to the press tent after the morning round everybody acted as if I'd beaten Jesus Christ," Barnes recalled in an interview with Today's Golfer in 2012.

"He was Jesus Christ as far as golf was concerned, but he was still beatable."

Barnes was a larger-than-life personality who once marked his ball on the final hole of the 1982 Scottish Professional Championship with a beer can, then putted out for the win.

He would regularly tee off with a hip flask of vodka and orange juice in his bag.

However, the drinking took its toll and Barnes came close to committing suicide before receiving treatment for alcoholism.

"Golf was a social game. I remember as a young pro being advised at a seminar by a doctor that four or five pints a day wouldn't harm you, nor 20 or 30 cigs. Times change," he told the Daily Mirror in 1996.

"I wasn't a fighting drunk. Booze made me easy-going... Gary Player once gave me a dressing down, told me I was wasting my talents."

Having won his fight against alcoholism, Barnes became eligible for the Seniors Tour in 1995 and lifted the British Open title at Royal Portrush that year, successfully defending the title at the same venue 12 months later.

US to keep travel restrictions on Europe

Washington DC [US], January 26 (ANI): US President Joe Biden will sign a proclamation later in the day to keep ...