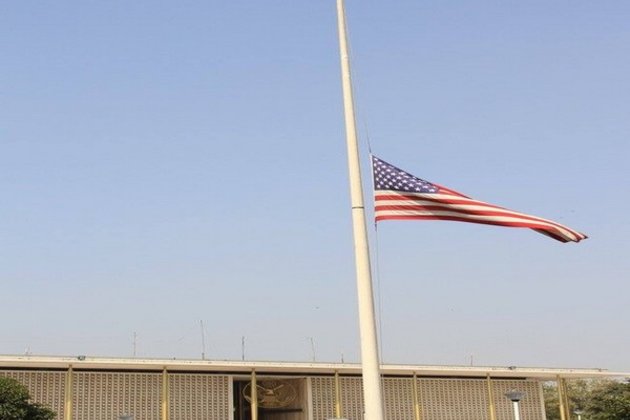 New Delhi [India], Sept 11 (ANI): The Embassy of the United States here on Wednesday flew their national flag at half-mast today in honour of the victims and heroes of the September 11 attacks.

On September 11, 2001, the United States faced the deadliest terrorist attack in world history.

In a span of just 102 minutes, both towers of New York's World Trade Center collapsed after planes hijacked by al Qaeda operatives crashed into them.

According to CNN, the attacks in downtown Manhattan that Tuesday in September left 2,753 people dead.

That number rose to 2,977 after another hijacked plane crashed into the Pentagon in Washington, D.C. and a plane that went down outside of Shanksville, Pennsylvania.

Meanwhile, New York Governor Andrew Cuomo on Tuesday (local time) signed a new law which mandates public schools across the state to allow a brief moment of silence each year to mark the anniversary of the September 11 attacks.

The law is intended to "encourage dialogue and education in the classroom" and to ensure that future generations understand the 2001 terror strikes, the governor's office said in a statement cited by CNN. (ANI)