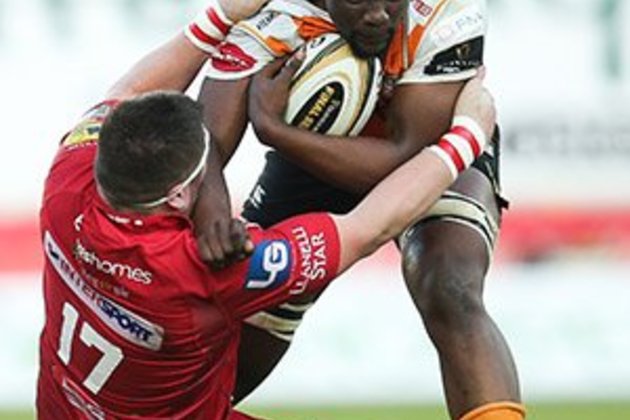 Cape Town - The Cheetahs' Springbok flank Oupa Mohoje is ready for action after a year on the sidelines.

The 29-year-old told Netwerk24 he has finally overcome the knee injury that has sidelined him for a full 12 months.

Mohoje was named captain for the Cheetahs' PRO14 campaign last season, but tore knee ligaments 13 minutes into their season-opener against Munster in Limerick on September 1, 2018.

Mohoje suffered a setback when he started training with his team-mates in June this year when he injured his left quadriceps muscle.

He said he still needs to pass a fitness test, but is confident he will be fit to tackle the Glasgow Warriors in the Cheetahs' 2019/20 PRO14 opener in Bloemfontein on September 27.

Mohoje played 19 Tests for the Springboks between 2014 and 2018, with his last international appearance coming in the 22-20 defeat to Wales in Washington DC in June last year.

He started in the No 7 jersey that day as coach Rassie Erasmus sent a largely experimental line-up to the United States.

The Cheetahs, meanwhile, will be looking to improve after finishing second last in Conference A last season, winning just eight of 21 matches.

They will again be in Conference A this year, alongside Glasgow (Scotland), Dragons (Wales), Leinster (Ireland), Ospreys (Wales), Ulster (Ireland) and Zebre (Italy).

No need to prioritize vaccination for Tokyo Olympics: WHO