Belarusian Teenager Gets 13 Years In Prison For Deadly School Attack 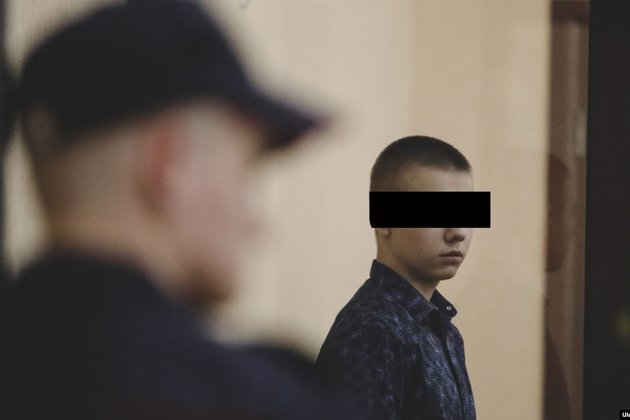 STOUPTSY, Belarus -- A teenager in Belarus has been sentenced to 13 years in prison for stabbing a teacher and a student to death earlier this year in a rare school attack in the former Soviet republic.

A court in the town of Stouptsy, 65 kilometers southwest of Minsk, ruled on September 11 that the teenager, identified as Vadzim M., must also pay 110,000 Belarusian rubles ($53,000) to the victims' families.

Belarusian authorities had accused the 15-year-old 10th grade student of stabbing a 50-year-old history teacher and a 17-year-old student to death on February 11.

The attacker wounded two other students who tried to ward him off.

The top official at the U.S. Agency for Global Media has replaced the appointed heads of Radio Free Europe/Radio Liberty, ...