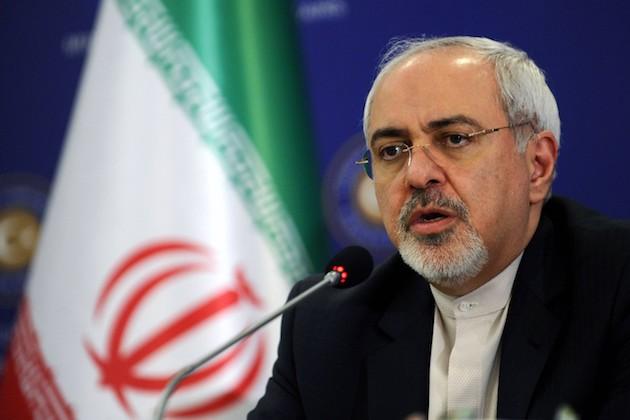 TEHRAN, Iran - Iran is insisting it had nothing to do with the drone and missile attacks on the Saudi Arabian oil infrastructure on Saturday.

U.S. Secretary of State Mike Pompeo has accused Iran of originating the attacks, describing the assault as an 'act of war,' while the Saudi defense ministry says the weapons were Iranian, and the attack was launched from the north, not from the south. This would imply the attacks came from Iraq or Iran, not Yemen as rebel forces there have claimed.

Both the Iranian foreign minister and the IRGC (Islamic Revolution Guards Corps) have denied Iran played a role in the Saudi attacks.

The Foreign Minister Mohammad Javad Zarif has gone so far as to accuse Pompeo of telling lies, claiming he is trying to deceive President Donald Trump to get him to go to war.

"Act of war or AGITATION for WAR? Remnants of B-Team (+ambitious allies) try to deceive Donald Trump into war. For their own sake, they should pray that they won't get what they seek. They're still paying for much smaller Yemen war they were too arrogant to end 4 years ago," Zarif said in a post on Twitter.

"Lies and cheating --and groveling to foreign clients who harbor utter disregard for blood and treasure-- have reached new high over last few days. Path to redemption: Seizing opportunity to end disaster in Yemen - not widening it," Zarif added.

The Iranian foreign minister also posted a video clip showing Pompeo admitting that the CIA "lied, cheated and stole" when he was in charge of the agency.

Zarif was also critical of his counterpart over not issuing visas for Iranian delegates to the United Nations, noting that the United States had designated Nelson Mandela as a terrorist, and this designation was not lifted iuntil 2008, long after he had finished serving as the president of South Africa, and some fifteen years after he had been awarded the Nobel Peace Prize.

Zarif himself arrived in New York on Friday ahead of the 73rd session on the UN General Assembly which he will be attending.

A day earlier he was scornful of the U.S. response to an attack on oil fields, as opposed to its silence over the course of the war in Yemen, which he says claimed more than 100,000 lives.

"Just imagine: The US isn't upset when its allies mercilessly BOMB babies in Yemen for over 4 years-with its arms and its military assistance. But it is terribly upset when the victims react the only way they can-against the aggressor's OIL refineries," he tweeted on Wednesday.

Separately, Major General Hossein Salami of the IRGC said Thursday: "The Islamic Republic has gained such power that the enemies have to falsely put the blame on Iran for every incident."

Meantime President Trump who was visiting his wall on the Mexican border on Thursday said there could be "a very powerful one," referring to war but then added, "And, by the way: very, very easy to go in. One phone call - we go in. That's a very easy thing. And it doesn't have to be today. It can be tomorrow, and it can be in two weeks from now. You understand.

Officials say that seven civilians have been killed and six others wounded in a roadside bomb attack in northern Afghanistan.The ...

Tensions between U.S. black communities and police go back centuries

Outrage over racial profiling and the killing of African Americans by police officer ...

WASHINGTON, DC - Under siege in the White House, President Donald Trump is aggravating America's latest racial anguish in a ...

JERUSALEM - Israel's defense minister apologized on Sunday for the Israeli police's deadly shooting of an unarmed Palestinian man who ...

Chinese solid waste imports down by nearly 50% this year

BEIJING, June 2 (Xinhua) -- China is now moving closer and vows to achieve its goal of halting all imports ...

CO CORK, Ireland - A U.S. manufacturer of essential oils, health and wellness products is developing a manufacturing plant near ...

Dubai getting back to business after lengthy break

DUBAI, UAE - Malls throughout Dubai are slowly building their business after being dormant for some weeks due to the ...

News Corp's closing of its community and regional papers, with few remaining and others online-only, cancels centuries of beliefs about ...