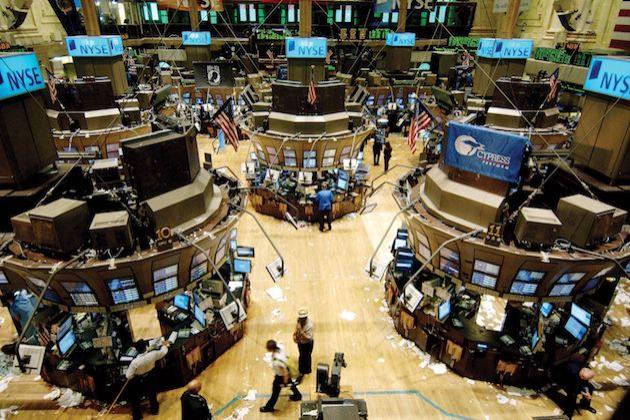 NEW YORK, New York - U.S. stocks were mixed on Tuesday with the Dow advancing, while the S&P 500 and Nasdaq had their wings clipped.

In the UK, the British parliament again rejected a deal that would ensure Britain departed the European Union with a deal on 31 October.

The EU is now considering whether to recommend an extension to the 31 October deadline, possibly to January. The odds of that happening are high, however an extension would probably lead to a general election, as current lawmakers appear unable to agree on a way out of the EU.

Shares in Europe and the UK surprisingly made gains, however the British pound slumped. There was little impact on Wall Street.

"There's some disappointment from Brexit," Tim Ghriskey, chief investment strategist at Inverness Counsel in New York told the Reuters Thomson news agency on Tuesday. "But I don't think it has a huge impact on the U.S. market."

The Canadian dollar was unchanged at 1.3095. The Australian dollar slipped a few points to 0.6852, while the New Zealand dollar declined to 0.6405.

TEHRAN (Tasnim) - China on Wednesday defended the World Health Organization and lashed out at the US decision to withdraw ...

Bullying of International court and Bank of England laid bare

On January 9, 2020, Ambassador Karen Pierce-the United Kingdom's permanent representative to the United Nations-spoke at a meeting on the ...

Countries across the globe re-thinking reopening as coronavirus surges

As coronavirus cases around the world approach 11.5 million, governments are struggling with how to reopen their economies, leading some ...

North Dakota pipeline supported by Trump ordered to be closed

A U.S. federal judge ruled Monday that a controversial pipeline that runs through Native American lands in North Dakota be ...

U.S. stocks on a roll, Nasdaq at new record high

NEW YORK, New York - Despite the number of Covid-19 cases in the United States topping 3 million on Wednesday, ...

In the past month, there's been an outpouring of support for Black Lives Matter from America's largest corporations.You might have ...

NEW YORK, New York - Stocks in Asia were mostly on Wednesday, in line with the sell-off globally a day ...

Vouchers instead of refunds in case of canceled flights disappoint

One of the lessons the current coronavirus pandemic has taught us is that we depend on electronic devices more than ...