Most companies today have a shared, and similar goal - to make a substantial profit. But for some people, like California native and entrepreneur David Verity, running a business is more than just managing a money-making venture.

NEW YORK, NY / ACCESSWIRE / June 29, 2020 / Most companies today have a shared, and similar goal - to make a substantial profit. But for some people, like California native and entrepreneur David Verity, running a business is more than just managing a money-making venture. 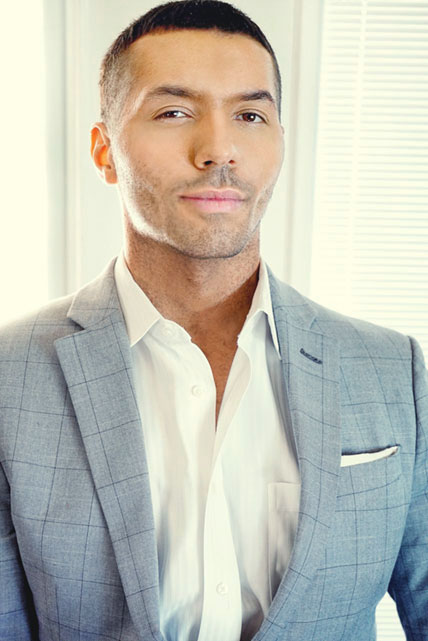 Being raised poor and on the wrong side of town in Modesto, California, David did not have all the typical experience of being a child. There were no sidewalks to walk on, and numerous gang members tagged fences in his neighborhood, known as 'The Varrio,' from the word barrio, roughly meaning 'ghetto' in Spanish. When his parents got divorced and he moved to a better neighborhood with his mother, one would assume that David's quality of life improved. Unfortunately, it did not. The divorce subsequently brought him to live with an abusive stepfather who made his life worse.

Although David was a Straight-A student, he was kicked out of school because of the sleep disorder he suffered from having a bad home. He was then homeschooled, and that was when he found his love for music.

By the time he was 16 years old, he was the #1 r&b artist on an online music platform called MP3.com. Because of his great talent as a musician, producer, singer, and songwriter, he sold numerous albums around the world and was eventually ranked number one on Billboard's Top Online Independent Talent Chart. His successes continued to flourish while he finished homeschool. By then, he was given the option to either participate in his graduation ceremony or perform live at the world's Mecca of Entertainment - the MGM Grand in Las Vegas, Nevada.

As any motivated and aspiring artist would do, David chose the latter.

However, when his sister's battle with addiction threatened to separate their family, David and his mom decided to take in his sister's children. This brought David's momentum to a halt. He took care of them while his mother burnt the midnight oil to earn enough money for the family. But by the time his sister's children moved out, that was when he decided to reshape his career - from being a top R&B artist to an entrepreneur with a purpose. Helping others.

Because of his dream to contribute as much to the world by making it a better place, he decided to help the disadvantaged to have more in life. That is why, by creating Trinhoval Business Strategies, David made sure that his company would put people first over profits.

Trinhoval Business Strategies is a digital marketing agency that aims to close the gap between small businesses and big corporations with high-level marketing strategies through the use of proprietary technology. In other words, the company allows local businesses to achieve the same level of quality branding from more internationally-renowned brands.

Because David often felt being the 'little guy' when he was younger and a newbie in the industry, he shaped his company to root for small business owners to thrive and survive in this dog-eat-dog world. He knew what it felt to have no one to turn to. That is why he dedicated his company to focus more on those who are a bit disadvantaged, regardless of how much David and Trinhoval Business Strategies would make.

Many small businesses don't have an advocate when it comes to their success. They're just everyday citizens with families and dreams. Which, due to his ability to relate to that position, is exactly why David advocates for them.

Learn more about David Verity and Trinhoval Business Strategies by visiting their website and following David's Instagram page. You can also send an email to pr@trinhoval.com or call (855) 874-6468 for more information.