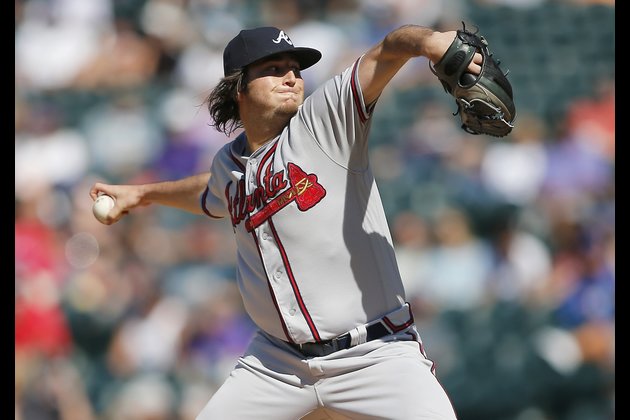 Secret workouts and games involving Major League Baseball players were held between March and July in Florida, The Athletic reported on Thursday.

Star pitchers Justin Verlander, Max Scherzer and Corey Kluber and standout sluggers Paul Goldschmidt and Giancarlo Stanton are among the reported 30-plus players who took part.

The players reportedly set down rules to avoid the odds of being infected by the coronavirus. In addition to conducting social distancing, sliding was banned.

According to The Athletic, none of the players involved have tested positive for COVID-19. The publication said it didn't know how many players were tested or how often.

Atlanta Braves right-hander Luke Jackson was occasionally throwing pitches on a makeshift mound in his driveway in Fort Lauderdale when he received an invitation from Eric Cressey, the owner of the gym who was recently hired as director of player health by the New York Yankees.

Cressey has worked with Jackson since 2011, so it didn't take much prodding. And the 28-year-old was amazed with what he saw.

"You want to see Scherzer and Goldschmidt or Stanton go head-to-head? And hear them go back and forth?" Jackson told The Athletic. "People are going to pay to go to a high school field for that."

All involved worked hard to keep the workouts and games under wraps. And it remained hush-hush until the report from The Athletic on Thursday.