Why Kenya's judge recruiters are sceptical about activism on the bench 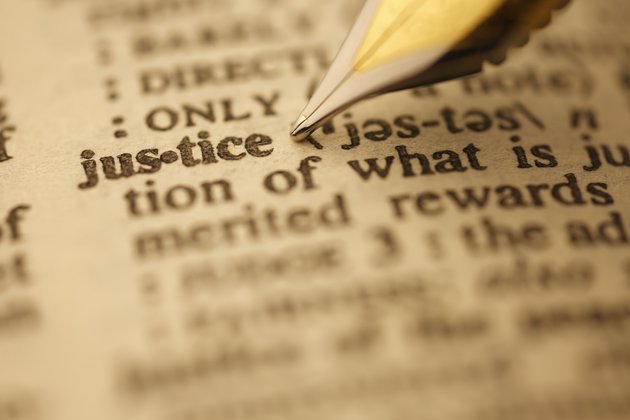 The political branches of government have an interest in how courts interpret and apply the law. Thus, it was no surprise that the issue of how to interpret the constitution took centre stage during the recently concluded recruitment of the 15th chief justice of the Republic of Kenya.

The process ended with the nomination of Lady Justice Martha Koome. Should Parliament approve her nomination, she will become the country's first woman chief justice.

Justice Koome was one among 10 candidates who applied for the post. Kenya's Judicial Service Commission interviewed the 10 candidates. The commission is composed of 11 members. It has two representatives from the Law Society of Kenya, and one representative each from the Supreme Court, the Court of Appeal, the High Court, and the Magistrates' Courts. It also has one representative from the Public Service Commission, which is the principal government recruiter. The commission also includes the Attorney General and two members of the public who are appointed by the president.

It became apparent during the course of the interviews that some commissioners were opposed to the prospect of a chief justice who espoused "judicial activism". Specifically, those representing the interests of the executive branch of government.

Judicial activism is defined as a philosophy of judicial decision-making whereby judges allow their personal views about public policy to guide their legal decisions.

It has been suggested that adherents of judicial activism tend to look for and find constitutional violations.

Activist judges are more willing than others to ignore precedent. They are also more willing to invalidate laws and administrative actions as unconstitutional. Critics contend that this undermines stability and predictability of the law.

Judicial activism lies at the most liberal extreme of judicial decision-making. And judicial restraint lies at the opposite, most conservative extreme.

The issue of whether Kenyan judges should practice judicial activism or judicial restraint has been debated for decades. There are many perspectives on the issue. The predominant school of thought applies the norms of United States jurisprudence to the Kenyan legal system.

The American view is that because judges are unelected they should confine themselves to applying the law. The view discourages judges from filtering the law through their own personal beliefs. It holds that unelected judges should leave the creation of public policy to the political branches of government - the executive and the legislature.

Indeed, the country's Supreme Court has pronounced that "judges have power to say what the law is, not what it should be".

In this context, the issue of whether judges should exercise judicial activism or judicial restraint revolves around the doctrine of separation of powers. And the proper remit of judicial power in a democracy.

Read more: A decades-old assault on the separation of powers has left Kenya a fractious legacy

In Kenya, the Judicial Service Commission's apparent resistance to judicial activism lies in the unique history and evolution of the judiciary before and after the promulgation of the 2010 Constitution.

Prior to 2010, Kenyan judges invariably pandered to the executive branch of government. They adopted an unprincipled, ultraconservative and pedantic approach to constitutional and legal interpretation.

This approach was especially dominant in cases revolving around human rights, democracy, the rule of law, constitutionalism and separation of powers. The pre-2010 approach to constitutional and legal interpretation contributed to the rise of "the imperial presidency".

Within that dispensation, the president exercised overwhelming power, influence and control over all branches of government and agencies of the state. This led to the breakdown of the rule of law in Kenya because the president had final say on legal matters, and the courts bent to his will.

The result was impunity at the top tiers of government, gross human rights violations, erosion of constitutional safeguards against the abuse of state power, and diminished public confidence in the judiciary as an honest arbiter of disputes between the state and its citizens.

The 2010 Constitution is "transformative" in character. This means that it seeks to bring large-scale egalitarian socioeconomic and political change in Kenya. Its agenda goes beyond the typical constitutional mandate to establish and demarcate the responsibilities of the key organs of state.

It was enacted to effect fundamental change in how Kenya is governed, and to ensure that all citizens are treated equally and fairly. This transformative agenda can only be achieved by a value-centric - as opposed to a legal-centric or process-centric - approach to the interpretation and implementation of the law. This would be radically different from the unprincipled, ultraconservative and pedantic approach of the pre-2010 years.

Three broad examples of this transformative agenda can be given.

First, the 2010 Constitution requires the courts to adopt an interpretive approach that grants "appropriate relief" to victims of human rights violations. The courts are required to be progressive and value centric. They must also commit to the development of the law and promote good governance.

It follows, therefore, that the 2010 Constitution expressly permits judicial activism. And the courts have responded by declaring more than one hundred legal provisions unconstitutional since the year 2010.

The courts have also emphatically affirmed the need to depart from the unprincipled, ultraconservative and pedantic approach to constitutional and legal interpretation of the pre-2010 years.

The 2010 Constitution's express sanction for activist or ultraliberal approaches to constitutional and legal interpretation has resulted in a backlash from the political branches of government.

Thus, the apprehensions of some Judicial Service Commission members about judicial activism should be seen as a yearning to return to the imperial presidency wherein the judiciary was pliant to the whims of the executive branch of government.

This should never be allowed to happen.