SAINT LOUIS PARK, MN / ACCESSWIRE / October 18, 2021 / Plans for a substantial expansion of Saint Therese's presence in the northwest metro are moving forward following the Minnesota Department of Health's approval of two exceptions of a moratorium on the certification and construction of new nursing facilities. The Saint Therese approvals clear the way for the nonprofit provider of senior living housing and services, to renovate its New Hope senior living campus, as well as to build a new senior living community in the city of Corcoran.

'We are incredibly pleased and honored that the state approved our exceptions,' said Barb Rode, president and CEO of Saint Therese. 'I trust that our reputation for providing exceptional care for seniors for nearly 60 years was a factor in its decision to give us a green light. We are so grateful and will be moving swiftly to make our dream a reality.'

The Saint Therese construction projects include:

Saint Therese of New Hope - Built in 1968, Saint Therese's flagship senior community requires a complete reconstruction, a realization that was amplified during the COVID pandemic. The current campus includes the full continuum of care with independent living, assisted living, memory care, a transitional care unit and a skilled nursing care center. The new construction will mean a complete rebuild of the care center, which will result in fewer beds (160 rather than the existing 214), larger, more handicap accessible 'homelike' rooms with private bathrooms and showers, a warm water therapy pool, and a town center design with a chapel, kitchen and public restaurant. And importantly, it will mean an updated heating and cooling system for resident comfort. 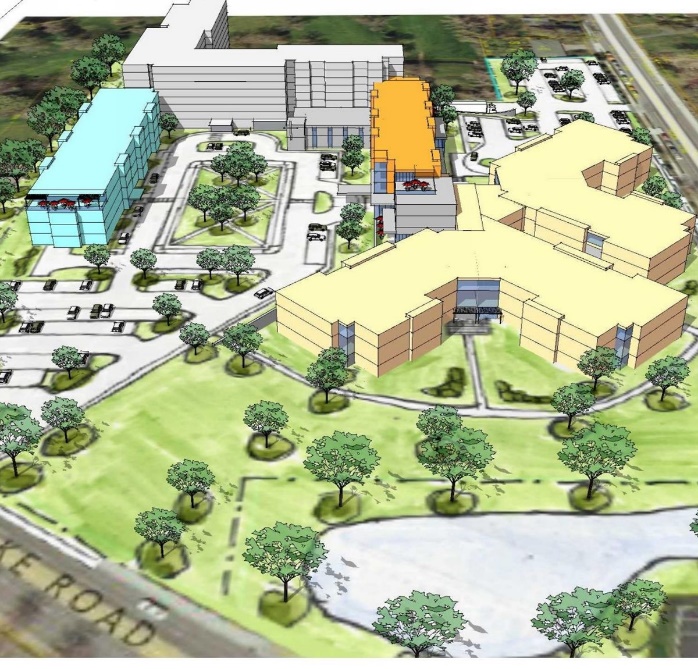 The estimated cost of the New Hope renovation is $82 million. Saint Therese plans to begin construction in Spring 2022 with completion in the summer of 2025. Information sessions are currently being held for interested parties to hear about the New Hope expansion and redevelopment, provide feedback on the plans, and to potentially pre-reserve an apartment later this year prior to construction commencing.

Saint Therese is working with the City of New Hope on next steps for this project.

'Saint Therese has been a fixture of the New Hope community since the 1960s,' said Kathi Hemken, mayor, City of New Hope. 'We are thrilled about the proposed project which allows them to continue to provide care in our community for decades to come.'

Saint Therese of Corcoran - Saint Therese's plans in Corcoran include a senior living community in a new 'urbanist village' design, that provides opportunities for residents to more easily interact with the community at large by offering spaces for all to enjoy, such as an outdoor plaza and amphitheater, fitness center, café, ice cream shop and much more.

It will be located on 13 acres in Corcoran's Southeast District, near the intersection of County Roads 10 and 116. Saint Therese of Corcoran will seamlessly connect to the city's planned Town Center and downtown core of retail shops, restaurants, entertainment, parks and open space. Both Saint Therese of Corcoran and the future Corcoran Town Center will incorporate the look and feel of a small-town Main Street with pedestrian-friendly sidewalks, bike paths and convenient parking for vehicles. 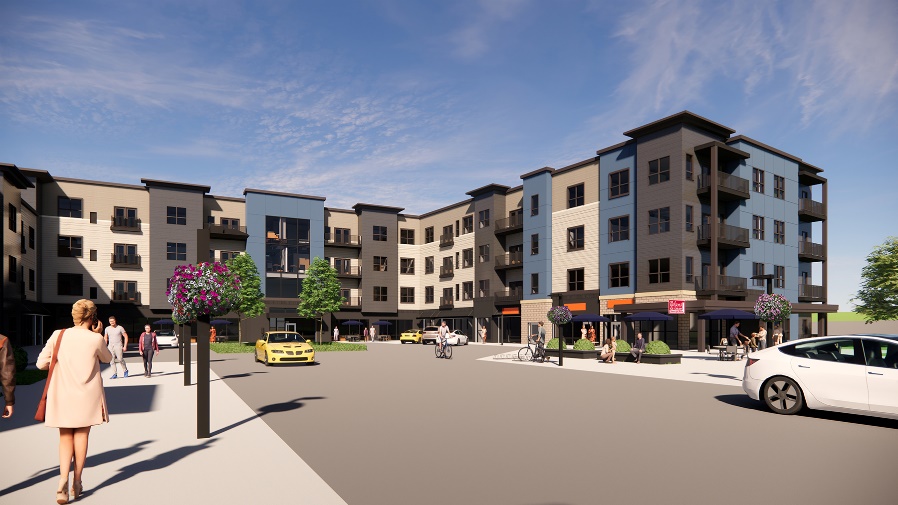 'Saint Therese of Corcoran will anchor and kickoff our town center development,' said Brad Martens, City Administrator, city of Corcoran. 'There's nothing like this in town and up to now, our seniors have had to leave the city to find senior housing. This provides them with another lifestyle option.'

The Corcoran area will experience a 39 percent growth in its senior population in the next five years, according to a recent market study conducted by CLA (CliftonLarsonAllen), a leading professional services firm.

Saint Therese of Corcoran will incorporate the full continuum of care with a 64-bed skilled nursing care center, a transitional care unit and a four-story, 154-apartment building for independent living and assisted living.

The estimated cost of the Corcoran project is $70 million. Additional steps need to be taken with the city, with a goal of breaking ground in late spring 2022 and completion in 2023. Information sessions are also being held for this development, with more than 175 people attending to date.

The state moratorium on nursing home construction was enacted in 1983 to control nursing home growth. Thirteen projects were submitted to the state for consideration and four were approved; two of which were for Saint Therese.

For information about these two developments, or to sign up to attend an information session, visit discovernewhope.org and discovercorcoran.org.

About Saint Therese: Founded in 1964, Saint Therese prides itself on its rich tradition of providing exceptional care for seniors in and around Minneapolis-St. Paul. It has locations in New Hope, Brooklyn Park, Woodbury and a new location planned in Corcoran. These communities provide the full continuum of care from independent living, assisted living, memory care, skilled nursing and transitional care. They also have a location specializing in hospice and palliative care in Shoreview and a transitional care unit in North Memorial Hospital. It is a nonprofit, 501(c)(3) senior care organization.

El Salvador plans to locate Bitcoin city at base of volcano

SAN SALVADOR, El Salvador: El Salvador President Nayib Bukele has announced plans to build a Bitcoin city at the base ...

US announces that 95% of federal workers vaccinated

WASHINGTON D.C.: Some 95 percent of U.S. federal workers have received at least one dose of a COVID-19 vaccine, or ...

Of 32 scholarships, 22 awarded to US women as Rhodes scholars for 2022

OXFORD, England: The Rhodes Trust has announced the 2022 class of U.S. Rhodes scholars, which includes the largest number of ...

KABUL, Afghanistan: Under new rules imposed by the Taliban government, women have been banned from appearing on television dramas in ...

DHAKA, Bangladesh - On Tuesday, a Bangladeshi Vijay Dutt (40), known as 'Momin,' was apprehended for running a sex racket ...

VERACRUZ, Mexico: Mexican authorities discovered more than 400 migrants in the back of two semi-trailers on November 19, traveling near ...

Vonage sells to Ericsson for $6.2 billon in merger of tech giants

DUBAI, UAE: Israel and Jordan have signed what is being labeled a most significant cooperation agreement to construct a major ...

To improve supplies, Samsung to build chip factory in Texas

SAN JOSE, California: Samsung Electronics will build a $17 billion semiconductor chip factory in Texas, in a bid to increase ...