Biden Confirms Harris Would be Running Mate in 2024 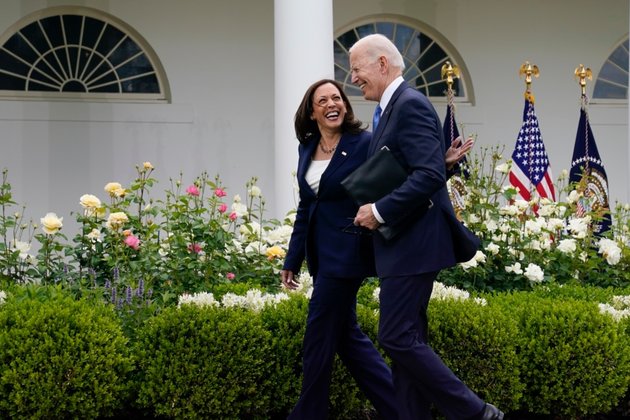 WASHINGTON - U.S. President Joe Biden said on Wednesday that Vice President Kamala Harris would be his running mate in the 2024 presidential election if he stood for office again.

'She's going to be my running mate,' Biden said of Harris during a press conference held to mark the first year of his presidency.

In mid-December, Harris said she and Biden had not yet discussed the 2024 election, amid speculation she might not be in the running for the White House if Biden chose not to stand again.

In an interview with The Wall Street Journal, when asked about the possibility of Biden, 79, running again, Harris said: 'I don't think about it, nor have we talked about it.'

Harris, the first woman and first Black and Asian American person ever sworn in as vice president, initially seemed to be the heir apparent.

But her halo has slipped amid negative press alleging dysfunction among her staff, doubt on her standing within the administration and her frustrations over thorny assignments, such as minority voting access and the migration crisis at the southern border.

Biden defended Harris' record on tackling voting rights, saying, 'I did put her in charge. I think she's doing a good job.'

Democrats and voting rights activists have championed the measures as a necessary response to Republican efforts to restrict voting, especially among Black and Latino Americans.