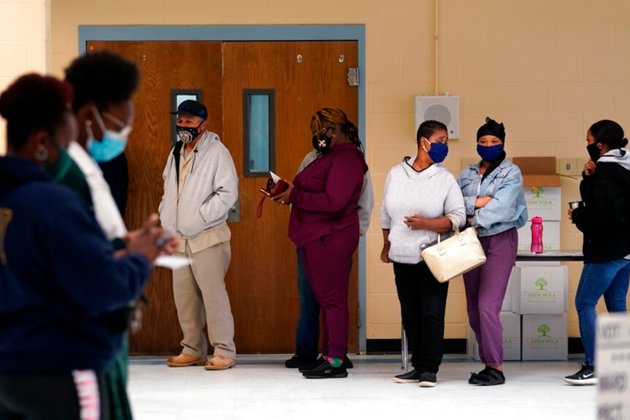 'In a democracy, the number of voters you have should determine the number of representatives you can elect,' James Gilmore, of Baton Rouge, Louisiana, told VOA. 'But that's not the case in Louisiana and many other U.S. states. The latest redistricting maps are proof of that.'

Redistricting is the decennial process in which congressional districts are redrawn to reflect changes in the population as determined by the U.S. census.

'The strength of the system is that it balances the size of districts so that they all have roughly equal populations,' explained Robert Collins, professor of urban studies and public policy at Dillard University in New Orleans. 'That, in theory, means everyone has equal influence with their vote.'

But how those maps are drawn can benefit or disadvantage certain groups and the political parties they support. Manipulating the contours of congressional districts to give a political party an advantage at the ballot box - and, ultimately, greater numbers in the U.S. House of Representatives - is known as gerrymandering, a practice almost as old as America itself.

Rep. John Stefanski, the Crowley Republican who chairs the Louisiana House redistricting committee, speaks to the Press Club of Baton Rouge about the redrawing of state political maps, Nov. 22, 2021, in Baton Rouge.

'I took our population, I took our geography of the state, I took our communities of interest, I took the will of the public, the will of the Legislature, and I balanced all of that with the law,' said Representative John Stefanski, the lead Republican in the Louisiana House's redistricting efforts.

But opponents insist the resulting maps don't accurately reflect changes in the state's demographics, particularly the growth of its minority population.

'Louisiana is now made up of one-third Black residents, and the Black population has been a principal driver of the state's overall growth,' said Liza Weisberg, voting rights staff attorney at Southern Poverty Law Center. 'But the new redistricting maps don't meaningfully increase opportunities for Black voters to elect candidates of their choosing. That's a broken system.'

How political maps are drawn also has important implications for residents other than representation in Washington. The delineation of state and local government districts can bring consequences.

'African Americans make up more than 50% of the population of Baton Rouge, but the way the maps are drawn, we're still outnumbered by white Republicans on the school board, on City Council and throughout local government,' said Gilmore, who is African American. 'So it's no wonder those boards and councils keep voting to have the new schools, new hospitals, new housing, new public transportation - I can go on forever - put in the part of town that happens to be white and Republican. Meanwhile, when my mother had a stroke, I had to drive her 26 minutes to the nearest hospital and carry her inside myself. If redistricting was done fairly, we'd have fair representation and we couldn't be treated like this.'

Redistricting became a requirement in 1967, with the passage of the Uniform Congressional District Act. The law required states to use the U.S. census, conducted every 10 years, to ensure voting districts consisted of approximately the same number of residents.

'Before the 1960s, you might have had one state senator representing a district of 10,000 residents, while another senator in the same state represented 100,000 residents,' said Robert Hogan, professor and chair of the political science department at Louisiana State University.

This ensures every resident's vote can have the same strength. But redistricting has also been used to both consolidate and dilute political power.

That's because it often falls to a state's legislature to draw redistricting maps. Though the legislature can pass that responsibility to a less partisan committee, the majority party typically chooses to do this consequential work itself.

'Historically, the process has been used by the majority party as a way to further consolidate power,' Weisberg told VOA.

That power is on full display in Louisiana, where even though nearly 4 out of 10 voters cast their ballots for Democrat Joe Biden in the 2020 presidential election, Democrats hold only one of the state's six seats in the U.S. House of Representatives.

'It's a weakness of the redistricting system,' Hogan said. 'The minority party suffers at the hand of the majority party that draws districts in a way that ultimately reduces the number of seats their opponent can win. Republicans want to keep their five incumbent seats rather than having to give another to Democrats.' 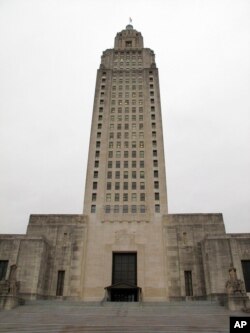 Hogan says while the strategy is meant to help the majority party at the expense of the opposition party, it's not just the minority party that feels its effects.

'The redistricting process can also be harmful to racial and ethnic minority populations as well,' he said.

In a majority-minority district, Black Americans and other minority groups make up the majority of a district's electorate. Louisiana currently has only one majority-minority district, but when the 2020 census revealed that the African American population in Louisiana had risen to one-third of the state's total population, there was hope that redistricting would add a second.

This, supporters of a second majority-minority district said, would allow Black voters to choose representatives to both the Louisiana State Legislature and the U.S. Congress who more fairly represented their growing numbers in the state.

The idea had the backing of Louisiana's Democratic governor, John Bel Edwards, but not that of key Republican state lawmakers.

Democrats, voting rights advocates and many African Americans were infuriated with what emerged.

'More than two dozen versions of maps that included a second majority-minority district were presented to the Legislature, and Republicans rejected all of them,' Nora Ahmed, the legal director of the American Civil Liberties Union of Louisiana, told VOA.

Republicans have defended the maps they ultimately selected, saying Louisiana's African American population is spread out across rural parts of the state. If they had created a second majority-minority district, they said, it could have weakened the influence Black voters currently have at the ballot box.

During a special redistricting session last month, Republican state Senator Sharon Hewitt called the desire for a second majority-Black district 'a great risk,' alleging it would reduce the percentage of minority voters in Louisiana's only current majority-minority district from 61% to 53%.

'At the time of the Voting Rights Act of 1965, Black majority congressional districts had to consist of 80% to 90% Black voters,' Dillard University's Collins explained. 'That's no longer the case. With modern voting patterns, if a district is between 48% to 50% Black, it gives a fair opportunity to elect an African American candidate because getting some crossover votes from white voters is now more possible.'

Last month, the Louisiana State Legislature concluded its special redistricting session by passing a set of maps that left opponents unhappy with the projected level of minority representation.

'They could have passed a map that, after decades, finally gave fair representation to African American voters,' Gilmore said. 'But they didn't, and we'll have to pay the price while those who are represented in government get the benefits.'

But the battle isn't over. Earlier this month, Edwards vetoed the map creating the state's six seats in the U.S. House of Representatives on the ground that it did not include a second majority-minority district.

'This map is simply not fair to the people of Louisiana and does not meet the standards set forth in the federal Voting Rights Act,' Edwards said in a statement.

Similar maps creating voting districts to determine representatives to the state Legislature were not vetoed, however. Edwards said that even though he felt those maps were not sufficiently representative, he didn't think the Legislature had the time to redraw them during a busy legislative session.

Advocacy groups have already filed lawsuits against the maps, saying they dilute the voting strength of minorities.

'Nothing in the [Voting Rights Act] establishes a right to have members of a protected class elected in numbers equal to their proportion in the population,' she said during last month's redistricting debate.

While Republicans attempt to get the votes to overturn Edwards' veto, opponents hope the courts will intervene to ensure fairly drawn district maps ahead of midterm elections in November, when all seats in the U.S. House of Representatives will be decided.

Whether drawn by the Legislature or the court system, Gilmore says the consequences for minority voters will be substantial.

'Our ability to vote for officials who represent us hangs in how these maps are drawn. I hope they do the right thing here, because it will affect a whole lot of people.'