COVID Helps 'Made in USA' Goods Compete With Chinese Exports 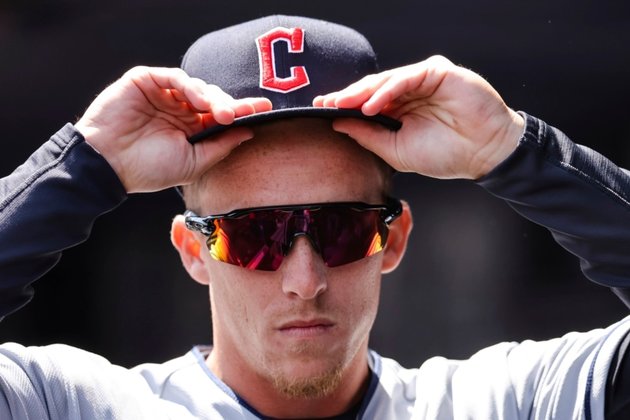 'We manufacture everything from scratch right here in north Newark. We have been in business for 30 years, we now have about 155 workers, and we are hoping to hire another 25 immediately,' said Cahn, founder and president of Unionwear.

Established in 1992, Unionwear manufactures customized baseball hats, scarves and backpacks in the North Ward of New Jersey's most populous city.

'Business is very solid this year. We've seen a surge in business from companies that are no longer able to import goods, and now they are buying products domestically,' Cahn told VOA Mandarin.

For his customers, the 'Made in USA' price is right after decades in which American stores were filled with less costly Chinese-made products.

His buyers are not alone in their support for U.S.-made goods. In a 2020 survey by the Reshoring Institute, which advocates the return of manufacturing to the U.S., about 70% of the American respondents said they preferred U.S.-made products. Among them, 83% said they would pay up to 20% more for products made domestically.

According to the BR Logistics website, container rates for China-U.S. routes are now between $15,000 and $18,000 dollars per 40-foot container, or two to three times higher than pre-pandemic prices.

Cahn said that before the pandemic, his baseball caps cost about 30% to 40% more than imports from China.

Currently a baseball cap bought for $2.50 in China will end up being $8 to $9 dollars a unit when it gets to the U.S., he said, once tariffs, shipping costs, packaging and the cost of meeting testing requirements for goods manufactured overseas are added in. The 10% to 15% U.S. tariff imposed on textile products accounts for some of that price differential, according to just-style.com, an industry website.

On average, Unionwear's baseball caps cost around $8 to $10 per unit wholesale.

'Now we are competitive,' Cahn said.

Now focused on supply chain resiliency because of the pandemic, companies bigger than his are seeing the benefits of using suppliers closer to their customers. 'Many U.S. companies are realizing that keeping processes closer to home can be much more reliable and secure,' according to an April Thomasnet.com article.

General Motors announced on January 25 that it would invest $7 billion in its plant in the U.S. state of Michigan to advance production of electric and autonomous vehicles through 2025, according to a news release from the Michigan Economic Development Corporation.

Although the announcement made no mention of China, it said the investment would solidify and strengthen the supply chain throughout Michigan, long known for its concentration of automotive-related manufacturers and suppliers. As Governor Gretchen Whitmer boasted, it's 'the place that put the world on wheels.'

Some non-U.S. companies have also pledged to invest in the U.S. to serve their customers in the North American market. South Korea's Samsung announced in November that it would invest $17 billion in a new facility in Texas to produce advanced semiconductors and ensure the 'stability of the global semiconductor supply chain.' The plant is expected to become operational in late 2024.

Samsung, which has operated a memory chip plant in China since 2014, is part of a larger trend. According to the most recent Kearney Reshoring Index released in 2022, '79 percent of executives who have manufacturing operations in China have either already moved part of their operations to the United States or plan to do so in the next three years, and another 15 percent are evaluating similar moves.'

William Reinsch, an expert in international trade at the Center for Strategic and International Studies, a Washington think tank, said that many U.S. companies have been considering localizing their supply chains for quite some time.

'This is not a new thing. This is at least [a] 10-year trend. [The companies] want to have shorter supply chains. They want to be near their customers. They are concerned about volatile energy prices and rising shipping costs, both ocean freight and air freight,' he told VOA Mandarin.

The tariffs imposed during the Trump administration on most Chinese imports have created price spikes that have made it more expensive to import those goods, Reinsch said, and COVID-19 has revealed supply chain flaws to companies.

Harry Moser is the founder and president of the Reshoring Initiative, a nonprofit group focused on bringing manufacturing back to the U.S. Moser told VOA Mandarin that '20% to 30% of the companies can be brought back without raising prices to their customers, without reducing their profit margin, by recognizing all the costs that they previously ignored.'

Some examples of products ripe for reshoring, Moser said, include those that incur high freight charges or involve frequent design changes, or those with volatile demand, such as seasonal clothing.

'The idea here would be to shorten supply chains,' said Nick Vyas, an associate professor of operations and a supply chain expert at the University of Southern California Marshall School of Business.

The customer-centric supply chain would benefit companies in multiple ways, Vyas told VOA Mandarin. 'It will be much more resilient, and it certainly would be a lot more sustainable. We will have a lot less carbon footprint than what we have produced over the last 30 years.'

Vyas said that for the past three decades, business leaders ran companies with a bottom-line mindset that considered only the cost of manufacturing.

'We need to get into the triple bottom-line mindset: Cost is one variable, but we also need to think about resiliency and sustainability,' he said.

Unionwear's Cahn is optimistic about reshoring. He thinks the era of cheap imports is over and has some advice for companies looking to strengthen their supply chains: 'I think it makes sense to develop a relationship with domestic source of supply ... and also develop relationships with suppliers' in places such as the Caribbean Basin, South America and Canada. With tighter links, manufacturers can 'insulate [themselves] from the ever-increasing costs of getting goods across the oceans.'

DUBAI, UAE: The Arab states have built significant amounts of solar and wind power installations, and are in line to ...

LONDON, England: A second referendum on Scottish independence is set to be held in October 2023. The Scottish government, led ...

14 ft. crocodile captured by man in Indonesia, returned to nature

SULAWESI, Indonesia: Using just a rope, an Indonesian man, supported by fellow villagers on the island of Sulawesi, captured a ...

WATFORD, UK: Watford F.C. has cancelled a friendly match against the Qatar national team due to the Gulf country's human ...