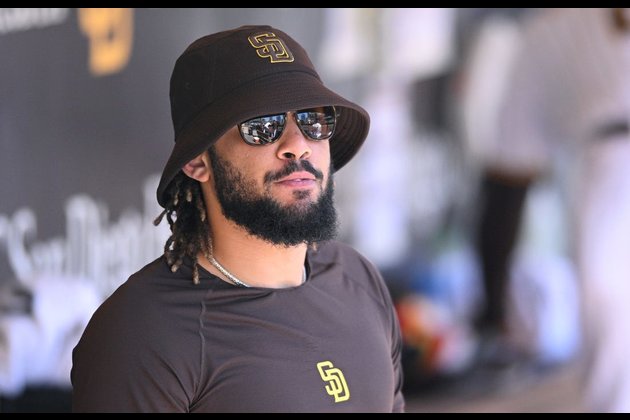 The New York Post reported that Preller is meeting Tatis at "an undisclosed location away from" San Diego's Petco Park.

The Athletic added that Tatis and Preller have spoken since it was announced last Friday that Tatis was suspended 80 games for a performance-enhancing drug violation, but not yet in person.

Tatis tested positive for a banned substance called Clostebol and said in a statement that he inadvertently took the substance via a medication to treat ringworm.

"I want to apologize to (owner Peter Seidler), A.J., the entire Padres organization, my teammates, Major League Baseball, and fans everywhere for my mistake," Tatis said in a statement. "I have no excuse for my error, and I would never do anything to cheat or disrespect this game I love."

The timing of the suspension means Tatis will not play for the Padres this year. He broke his left wrist over the offseason and underwent surgery in March. It was speculated that he injured the wrist in a motorcycle accident in the Dominican Republic.

In 273 career games, Tatis has a .292 batting average with 81 home runs and 195 RBIs. He was a first-time All-Star in 2021 after finishing fourth in NL MVP voting during the pandemic-shortened 2020 season, and he signed a 14-year, $330 million contract with the Padres during spring training last year.