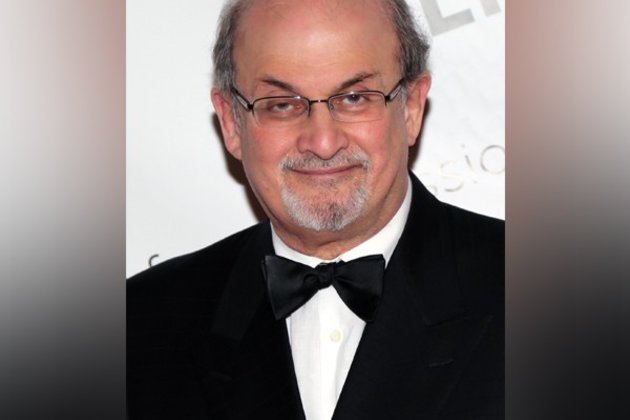 Matar, 24, made the plea in a courtroom in Chautauqua County, New York, CNN reported. This comes after prosecutors said a grand jury had indicted him this week.

Matar, who hails from New Jersey, allegedly stabbed Indian-born-British author Rushdie in western New York State last week during a lecture, praised Iran's Ayatollah Khomeini and admitted that he didn't think that the author would survive.

"When I heard he survived, I was surprised, I guess," Hadi Matar said as quoted by the New York Post.

The 24-year-old suspect was asked whether he was inspired by the late Iranian supreme leader Ayatollah Ruhollah Khomeini, who issued a fatwa against Rushdie over his book "The Satanic Verses".

Matar replied, "I respect the ayatollah. I think he's a great person. That's as far as I will say about that," Matar said, noting he only "read like two pages" of Rushdie's controversial novel. "I read a couple of pages. I didn't read the whole thing cover to cover," he said.

The accused further said that he was inspired to go to Chautauqua after seeing a tweet sometime in the winter announcing Rushdie's visit, The New York Post reported.

"I don't like the person. I don't think he's a very good person," he said about Rushdie. "I don't like him. I don't like him very much. "He's someone who attacked Islam, he attacked their beliefs, the belief systems."The Chautauqua County District Attorney's Office on Wednesday said that Matar may have a court appearance the next day. He also has a preliminary hearing scheduled for Friday.

Rushdie has suffered years of death threats over his book 'The Satanic Verses' which was severely criticised by Islamic clerics.Earlier, a bounty of as high as USD 3 million was also declared for anyone who kills Rushdie.

The 75-five-year-old author hogged the limelight with his novel 'Midnight's Children' in 1981. The India-born author won the Booker Prize for the novel which was also adapted for the stage.

But his 1988 book 'The Satanic Verses' led to a fatwa, a religious decree, by the then Iranian revolutionary leader Ayatollah Ruhollah Khomeini. The threat forced him into hiding for several years.

Rushdie's books have been translated into several languages. (ANI)

US to purchase $1.1 billion in arms for Ukraine

WASHINGTON D.C.: Pentagon officials have announced that an arms package has been approved for Ukraine worth $1.1 billion, which includes ...