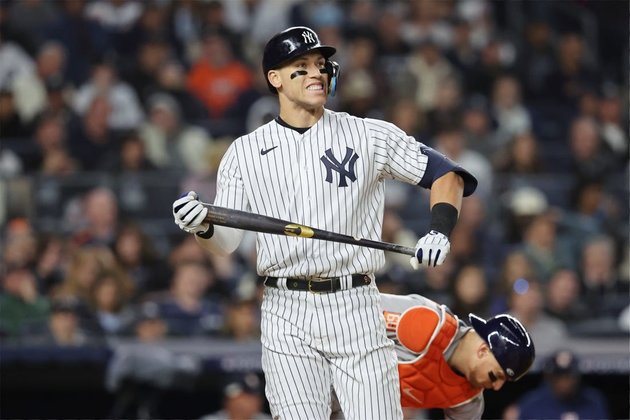 The newly crowned American League MVP was seen arriving at the airport in San Francisco on Monday in a video released by MLB Network.

"Visiting some family and friends; that's about it," Judge said on the video. When asked about what else he might do in the area, he said, "We've got something. Have a good one."

Judge already has met with the New York Yankees, his employer for all seven of his MLB seasons. He turned down a seven-year contract extension offer worth $213.5 million from the team before the season started. After setting the American League home run record with 62, Judge will be seeking a whopping contract, with MLB.com saying the asking price is expected to be at least $40 million a year for eight years.

The Los Angeles Dodgers and the Giants both have been shedding payroll since the end of the season, with the expectation at making a run at Judge or other high-priced free agents. The Los Angeles Times reported Saturday that the Dodgers have dropped $70 million through the expiring contracts of Trea Turner, Craig Kimbrel and David Price, along with other moves.

Judge, 30, also is expected to meet with the Dodgers. He is from California, growing up in Linden, about 95 miles east of San Francisco.

Yankees general manager Brian Cashman said last week that the team had made a new offer to Judge.

"We're in real time, so we're on the clock," Cashman said. "We're certainly not going to mess around."