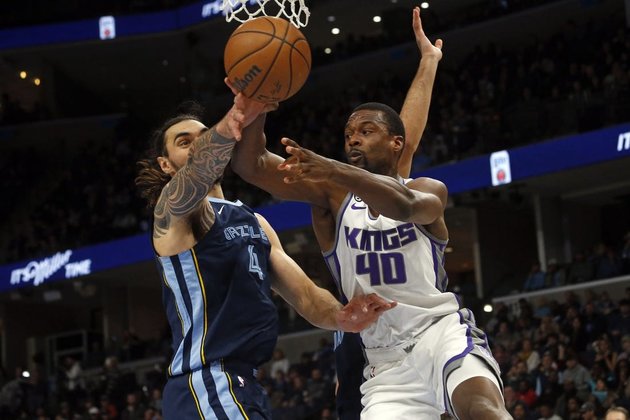 De'Aaron Fox continued his hot shooting with a team-high 32 points, Harrison Barnes and Kevin Huerter aided in a 3-point barrage with four apiece and the Sacramento Kings won their seventh straight game Tuesday night, 113-109 over the host Memphis Grizzlies.

The reigning Western Conference Player of the Week, Fox hit 11 of 21 shots and 5 of 8 3-point attempts, guiding the Kings to an opening win on a three-game trip.

Ja Morant returned from an ankle injury to put up a game-high 34 points for the Grizzlies, who lost for the fourth time in five games.

After a tight first half that ended with Sacramento up 64-59, the Kings never trailed over the final 24 minutes. They were up 104-93 after Fox's floater with just 2:51 to go before Memphis made a final push.

Morant hit three straight shots and Dillon Brooks dropped in a pair of free throws, the latter getting the Grizzlies within 104-101 with 1:16 left.

Down three, Memphis had a chance to tie when Morant was fouled on a 3-point shot attempt with 1.7 seconds remaining. But he misfired on his first try, then intentionally missed his third attempt, after which Fox completed the scoring with two foul shots of his own.

Fox hit five 3-pointers as the Kings outscored the hosts 45-24 from beyond the arc.

Morant had seven rebounds and six assists to go with his eighth 30-point game of the season.

Steven Adams was the game's leading rebounder with 16 for the Grizzlies, while Jaren Jackson Jr. chipped in 22 points, Brooks 14 and John Konchar 10.