NEW ORLEANS, LA / ACCESSWIRE / November 26, 2022 / Kahn Swick & Foti, LLC ('KSF') and KSF partner, the former Attorney General of Louisiana, Charles C. Foti, Jr., remind investors that they have until November 28, 2022 to file lead plaintiff applications in a securities class action lawsuit against Centessa Pharmaceuticals plc (NasdaqGS:CNTA), if they purchased or otherwise acquired the Company's securities between May 28, 2021 and June 1, 2022, inclusive (the 'Class Period') and/or purchased or otherwise acquired the Company's American Depositary Shares ('ADSs') pursuant to the Company's May 2021 initial public offering (the 'IPO'). This action is pending in the United States District Court for the Southern District of New York.

What You May Do

If you purchased securities or ADSs of Centessa as above and would like to discuss your legal rights and how this case might affect you and your right to recover for your economic loss, you may, without obligation or cost to you, contact KSF Managing Partner Lewis Kahn toll-free at 1-877-515-1850 or via email (lewis.kahn@ksfcounsel.com), or visit https://www.ksfcounsel.com/cases/nasdaqgs-cnta/ to learn more. If you wish to serve as a lead plaintiff in this class action by overseeing lead counsel with the goal of obtaining a fair and just resolution, you must request this position by application to the Court by November 28, 2022.

Centessa and certain of its executives are charged with failing to disclose material information during the Class Period and/or in the Registration Statement and Prospectus issued in conjunction with the initial public offering, violating federal securities laws.

To learn more about KSF, you may visit www.ksfcounsel.com. 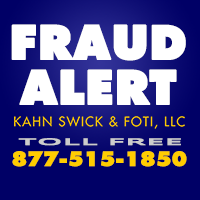