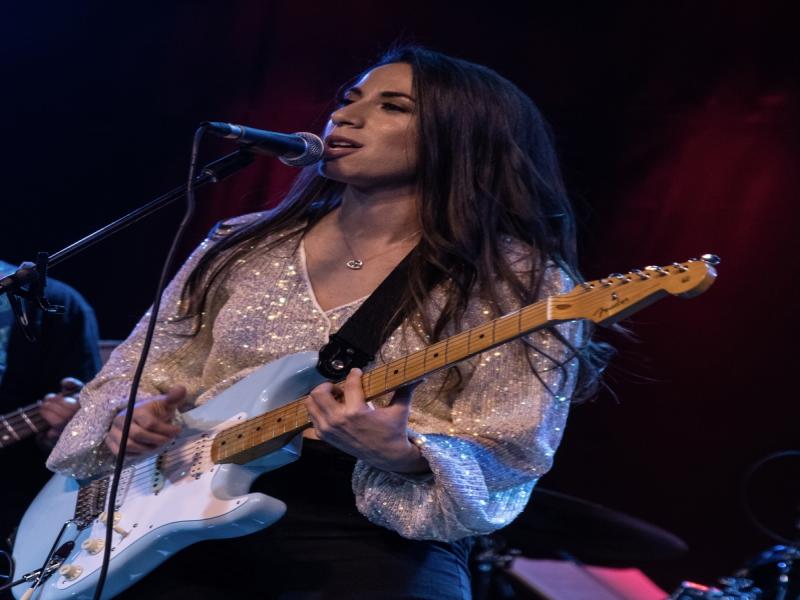 Brianna Musco is an up-and-coming musical talent that has seen a lot of success with her dynamic songwriting style. Her music incorporates catchy, rhythmic lyrics, tasty instrumentation, and impressive live guitar solos to captivate her audience. She has performed in different parts of the United States and has hopped all over Europe from country to country. She performed in Spain, the United Kingdom, Italy, Scotland, Portugal, Belgium, Ireland, Latvia, Germany, Austria, Romania, Hungary, Czech Republic, and France. She has amassed numerous fans from all over the world as she performed music from her debut EP Forever.

Brianna Muscos's wild success in the music industry isn't her only strong suit, as she grew up as a Division I soccer player for Delaware State University. She had always aspired to pursue an athletic career, but her heart and soul were always drawn to music.

She played the guitar at her uncle's studio when she was young. Brianna was also classically trained in piano, making her a multi-talented instrumentalist at such a young age. So when there came a time where she could no longer play soccer due to her frequent concussions, she reflected on her life goals and her career. She eventually realized that her passion for music had never left her.

So she pursued a career in music and released her debut EP Forever in 2019. The massive success of her debut album has prompted Brianna to set the release date for her latest single, "Never Stay," on September 18.

Brianna Musco adores her fans and audiences so much that it feels very fulfilling to her whenever she sees them genuinely enjoying her songs, knowing the words, and singing along with her. "One of my favorite memories of all time, was during our set in Barcelona. As we were playing Forever, the audience was singing almost every word thousands of miles away from where I'm from; I could not believe it. And when the chorus hit, words can't describe that feeling, I am so grateful to everyone that has supported my music."

Her latest single "Never Stay" is in the works, and she hints that the song will feature more pop and hip-hop than her debut EP Forever. As she rides the wave of success that Forever has given her, Brianna hopes to maintain her solid rise in the music industry with her newest single.

The quarantine may have delayed her touring capabilities, but Brianna Musco is fully determined to pick up where she had left off. She wants everyone to be safe and motivate them to do what they really want to do in life. She encourages people to invest in themselves and do the things that they love.