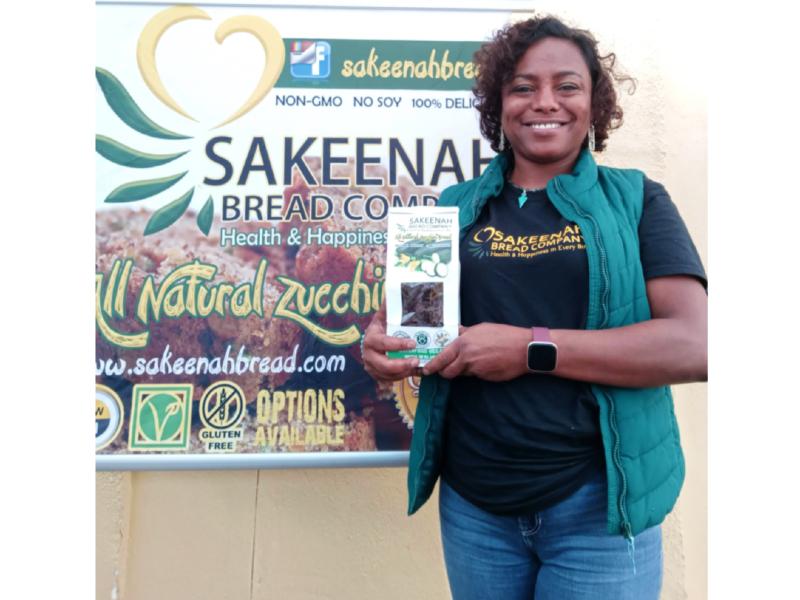 People go through their days in hopes of being productive and getting things done. Their goals and aspirations demand not only their commitment and dedication but their time and energy as well. And for this reason, Sakeenah Bread Company took on the challenge of promoting a healthy and clean lifestyle so that go-getters can pursue their dreams without compromising their wellness.

In this day and age, everyone is all about keeping up with their busy schedules and rigid routines. And stressed as they are, people would often reach for their comfort food so that they could power through their tasks. Thus, Sakeenah Bread Company came up with guilt-free snacks that are not only healthy but also heartily delicious.

Since its inception, Sakeenah Bread Company, which was founded by Aiesha Thomas in 2009, has already gained considerable momentum and recognition. Its products boast of health benefits that promise happiness and delight in every bite. And with its outstanding performance in the industry, it proves itself worthy of all the praise and positive feedback it has been getting from consumers.

Born and bred in New Jersey, Aiesha Thomas has been creating delectable cuisine and baked goods since her teenage years. And because of her intense passion and remarkable dedication to her craft, she takes food science seriously. She stands by the company seal on the website's masthead that reads, "Committed to Quality, Committed to You." True enough, Sakeenah Bread Company has been taking the food industry by storm with its excellent service.

Although she grew up with a savory grasp of food chemistry, Aiesha Thomas was determined to become a registered nurse. As a matter of fact, she was awarded the Schiff Scholarship in 1995 for nursing so that she could go to the college of her choice. And as life would have it, she realized that her career goals did not align with her passion.

Before Sakeenah Bread Company, Aiesha Thomas ran a marketing consulting firm, Visionary Business Solutions, which later became Streamline Global, Inc. And after almost ten years of building businesses for others, she discovered a zucchini bread recipe that was perfect for a holiday dinner. Seeing how her family and friends seemed to love it, she decided to create the recipe for her co-workers and their associates.

In 2011, Sakeenah Bread Company was incorporated and has flourished to serve consumers throughout the United States. In 2018, Aiesha Thomas developed a superfood vegan recipe that is low-glycemic and gluten-free to appeal to the customers that have dietary restrictions.

Today, the company is in its relaunching stages and uses a 'free sample free' to remind the public of what joy tastes like. According to Aiesha Thomas, her recipe is specially blended to re-introduce a forgotten jewel in society, zucchini bread, and she wants to share it with all who are interested.

Grounded on providing no less than the best, Sakeenah Bread Company offers products made of all-natural ingredients geared towards the wellness and other needs of its consumers nationwide. And with healthy selections and mindful choices, this company is sure to cater to different tastes and preferences.

To know more about Sakeenah Bread Company, you may visit its website.

HOUSTON, Texas: On Monday, a Texas man, Lee Price III, was sentenced to over nine years in prison after fraudulently ...

WASHINGTON D.C.: Earlier this month, the federal Education Department announced it is canceling another round of student loan payments, adding ...

LONDON, England: The Taliban has executed dozens of members of the former government's security forces after the surrender of Afghanistan, ...

NATO chief: Countries should prepare for Russian incursion in Ukraine

RIGA, Latvia: Jens Stoltenberg, secretary-general of the North Atlantic Treaty Organization, has warned that the American-led military alliance should be ...

JOHOR BAHRU, Malaysia As buses of vaccinated Malaysians working in Singapore were ferried across the Causeway Bridge that connects the ...

LONDON, England: British Airways has suspended flights to Hong Kong, after its crew members were reported to have been forced ...

NEW YORK, New York - U.S, stocks had a volatile day on Friday before all the major indices finished in ...

DUBLIN, Ireland: Industry officials have said that they do not expect large jumps in retail spending to be seen before ...

YOKOHAMA, Japan: The Covid Omicron variant of COVID-19 could add pressure to a chronic shortage of microchips used in car ...

SYDNEY, NSW, Australia - Stocks in Asia were mostly higher on Friday as investors and traders took emerging news about ...