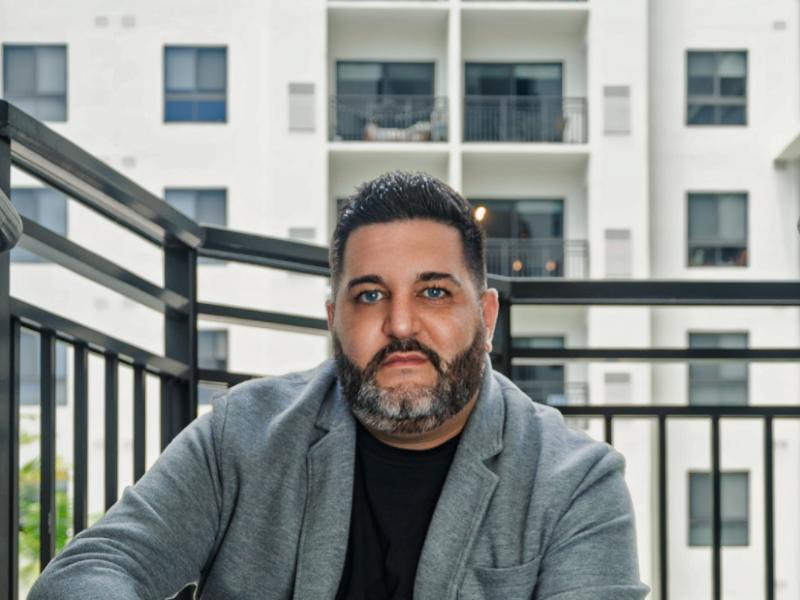 A lot of people in the car industry come from money. They might know about exotic cars because their dad had one, or their friends got one as their first car. What Michael came from his parents who believed in the American Dream. He hails from a family of immigrants from Israel-a dad who moved to New York and started working in a stock room, who worked his way up the ladder to sales and, eventually, entrepreneurship, owning the business where he started in the stock room so long ago. Michael did not learn about exotic cars as a child, but he did learn the value of a dollar then, which is why you can trust him to always save you some dollars when you are leasing your vehicle from his website.

Michael also learned the value of hard work, just like money when he started working at his father's electronic store in New York City. Before he could even go near a customer, he had to first learn about the basics. He started by cleaning showcases at a young age, and eventually, he moved into sales, where he proved to be a rockstar. Wanting to build his own brand, he branched out in 2001 and opened a marketing agency, Hype Media. Michael went about gaining new customers by walking into different businesses every day and explaining to them why they needed his services to succeed. Through his years of sales at his father's electronics store, he had learned to think quickly on his feet. He would walk into a business, understand the look and feel of the store, and come up with marketing plans on the spot, closing sales with most potential customers.

While on one hand, he was successful, he wasn't driving fancy cars or wearing tailored suits like other successful people he knew, including his best friend, Alan. Alan was in mortgages and probably worked as hard and closed as many deals as Michael. However, the commission on a mortgage is significantly higher than on marketing. Watching him continuously hustle, Alan had been asking Michael to join him for years in the mortgage industry. In 2005, Michael finally took the leap of faith and joined Alan's brokerage. It took a little bit of time for Michael to fully understand the mortgage industry, but soon enough he became a top producer there too. Now he was starting to live the "successful life" he had pictured in his head.

By some twist of fate, Michael's family decided to sell their business in 2008 and move to Florida. While Michael had become extremely successful by this time, a heart-to-heart with his brother helped him realize that he could be a successful lender anywhere, so he packed his stuff and moved to Florida to become a broker with Globelend Mortgage. Unfortunately, fate had other plans for Michael. Not six months after he had joined, every lending institution in the country began closing their doors due to the financial crisis. A little low on confidence but still determined to get back on the same level of success he had achieved earlier, Michael agreed to join his family's T-Mobile store as their sales manager. While he was doing well in sales, his heart wasn't into it. He missed wearing a suit and working out of a typical office.

As luck would have it, Allen, another friend of Michael's, became a partner at Signature Auto Group in New York, a car leasing broker. Knowing Michael's superior sales skills and the fact that he was homesick for NYC, Allen offered Michael an opportunity to join him. While Michael wasn't entirely sold, Allen trusted his potential. He helped Michael get an apartment in New York and personally trained him to negotiate car leases and understand the industry. Michael ended up striking gold, as his time selling mortgages had already taught him to explain and paint a picture to customers, so they could make their dream car a reality.

In 2012, while visiting his family in Florida, Michael's brother got into an unfortunate motorcycle accident, leaving his foot damaged and in need of a long convalescence. Michael's brother asked him if he could stay in Florida and manage his T-Mobile store while he recuperated. Michael readily agreed to help; however, he couldn't stop talking about the benefits of using a car leasing broker to the cell phone customers, inadvertently finding a new customer base for car leasing in South Florida.

He wanted to test the market in South Florida to make sure there was a serious promise for the industry. So he bided his time during days at the cell phone store, but at night, he started creating a car leasing website and marketing the heck out of it with a few leasing specials. This website started to gain a lot of traction. He also began brokering auto lease deals for his family and friends on the side. Michael's test was showing results. The amount of traction his website gained prompted Michael to ask Allen if he would consider branching out to South Florida. While Allen agreed to supply vehicles for Michael, he did not think South Florida was the right market for this leasing broker model.

None of this deterred Michael's vision or resolve to make it come true, and that, my friends, is how OzLeasing.com was born.