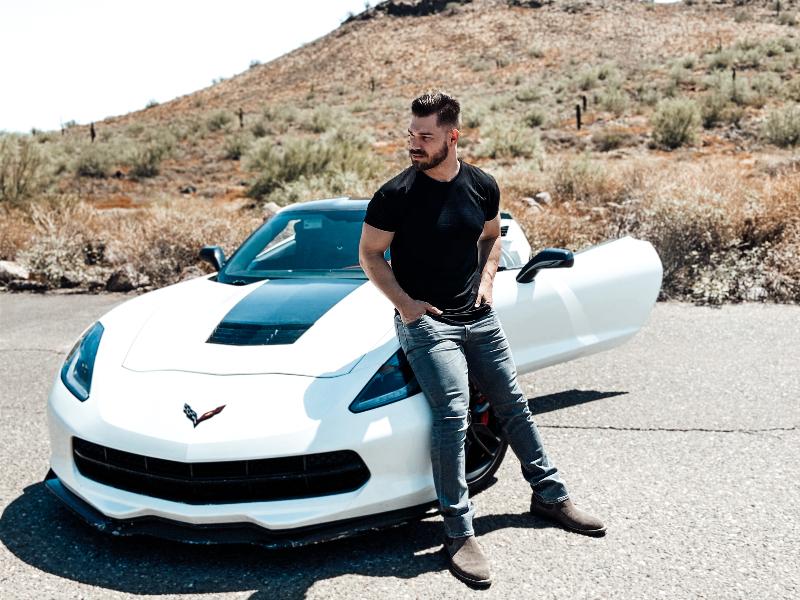 Credit repair specialist Sean David Clark can confidently say that his success story is similar to that of so many thriving entrepreneurs in the country, one that is defined by grit, countless sacrifices, and hard work. Just like everyone else, he also started out trying to figure out a way to establish a lucrative business while struggling to make ends meet by working different jobs. Because he chose not to give up and not settle for a mediocre life, he braved the challenging seasons of his life and came out unscathed.

From working two jobs six days a week to being at work 12 hours a day for a season and earning only $3k a month, Sean David Clark was barely able to pay the bills. In his desire to find a better life, he did a lot of research by reading books, learning the mechanics of networking, and learning investments to be mentored by successful people. Having accumulated enough knowledge to venture into his own seven-figure repair and funding business, Clark took the leap of faith and worked tirelessly to succeed in his new journey.

Sean David Clark was motivated to go into credit repair to have an in-depth understanding of finance and achieve financial freedom for himself, his family, and friends at the same time. Seeing that many Americans suffer financially due to bad credit reports, Clark saw an immense need to help as many as he can. Determined to help people get a second chance where it concerns their credit standing, Clark established his business that is committed to achieving the best results.

"I wanted to create a business that not only could help people and their lives, but help make society a better place in one form or another. Making lots of money is great and you can help a lot more people when you make more money, but the ability to help change someone's life with your own brand is something that makes all the struggles of building a business worthwhile," explains Clark.

In the next five years, Clark sees himself establishing more businesses and helping entrepreneurs develop their own as well. He envisions himself collaborating with individuals who share his vision and helping them scale their businesses significantly. Clark also aspires to fulfill his long-time dream to create his own family. Additionally, he looks forward to retiring his parents and being able to travel to different destinations without worrying about having to go to an 8 to 5 job.

Through his life story, Sean David Clark hopes to inspire people to aspire for great things in life regardless of how they start. How one begins does not guarantee success in the end, but one's attitude matters a lot. As someone who has painstakingly worked his way to where he is now, Clark understands the struggles of numerous Americans when it comes to making ends meet. When people look at his life, he hopes that they see themselves as well and that they, too, will aspire to achieve financial freedom.

HOUSTON, Texas: On Monday, a Texas man, Lee Price III, was sentenced to over nine years in prison after fraudulently ...

WASHINGTON D.C.: Earlier this month, the federal Education Department announced it is canceling another round of student loan payments, adding ...

LONDON, England: The Taliban has executed dozens of members of the former government's security forces after the surrender of Afghanistan, ...

NATO chief: Countries should prepare for Russian incursion in Ukraine

RIGA, Latvia: Jens Stoltenberg, secretary-general of the North Atlantic Treaty Organization, has warned that the American-led military alliance should be ...

JOHOR BAHRU, Malaysia As buses of vaccinated Malaysians working in Singapore were ferried across the Causeway Bridge that connects the ...

LONDON, England: British Airways has suspended flights to Hong Kong, after its crew members were reported to have been forced ...

NEW YORK, New York - U.S, stocks had a volatile day on Friday before all the major indices finished in ...

DUBLIN, Ireland: Industry officials have said that they do not expect large jumps in retail spending to be seen before ...

YOKOHAMA, Japan: The Covid Omicron variant of COVID-19 could add pressure to a chronic shortage of microchips used in car ...

SYDNEY, NSW, Australia - Stocks in Asia were mostly higher on Friday as investors and traders took emerging news about ...