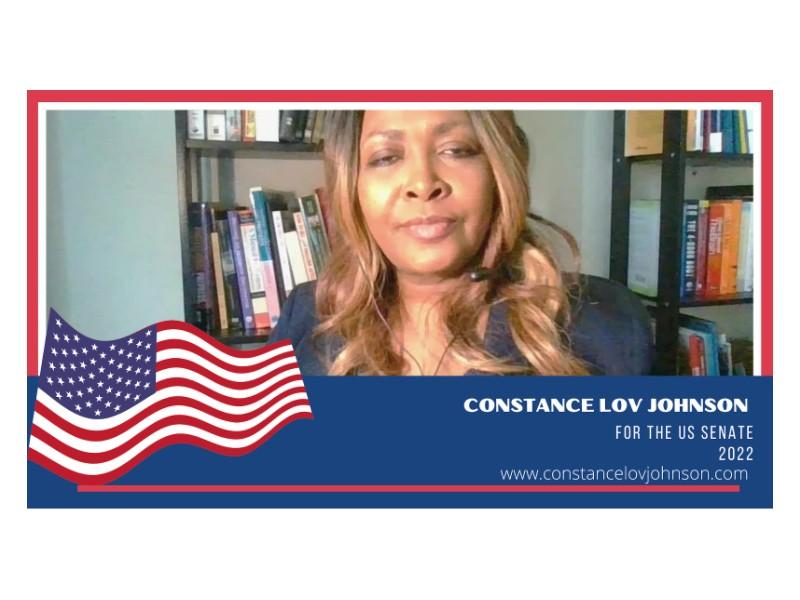 With her family's rich history in serving the state since the 1700s, public service is an area that feels embedded in her blood. Constance Lov Johnson is the fifth generation of loyal state workers who have taken crucial roles in the development of North Carolina. Today, she aims higher to rewrite North Carolina's history as the first Black woman to serve as US Senator.

Constance Lov Johnson was a teacher, school counselor, and school administrator. She has dedicated the last 17 years of her life to public service, seeking to improve communities through communication and activism. Constance has been vocal in changing laws to better the lives of the citizens of North Carolina through various platforms, including CityPolitical and Legislative Star Magazines.

Additionally, Constance Lov Johnson spearheaded the development of the Black Legislative American Caucus. Immensely dedicated to ensuring that the people get an honest and just government, Constance has continually pursued implementing solutions and bipartisan bills, often used by Governors and other elected officials. Being an NC native, Constance feels a responsibility to continue her forefathers' legacy.

Robert Partee simultaneously donated land to build towns, homes, churches, schools, and colleges in Rowan County. Together with John Henderson, her great-great-grandfather built the railroad and houses for workers from Rowan County to Mecklenburg County.

Much like her family, Constance Lov Johnson wants to create an impact in North Carolina. Her commitment to her constituents started as early as 24 years-old as she initiated programs that would strengthen the local churches. Constance holds the record for being the youngest Presbyterian Church member to serve as an elder and later on went on to become Clerk of Session and a National Commissioner to the PCUSA Presbytery.

Through her publication, The Evangelist Newspaper, Constance Lov Johnson was able to bring pastors together nationwide to focus more on homeless shelters. Needless to say, the program completely reshaped the narrative for the homeless as churches opened their doors to provide overnight beds across the country.

Constance Lov Johnson is also an acclaimed member of the NCMBA, NEA, NCAE, the Greater Charlotte Alliance of Black Educators, and NAACP. She is also a top contributor for the Martin L. King Banquet, a member of the Smithsonian Institute and the Tri-County Medical Association of Iredell, Mecklenburg, Rowan, and Yadkin Counties.

Despite her contributions to the North Carolina community, Constance Lov Johnson still received various media criticisms. But the aspiring US Senator remains unshaken in her cause to make a difference. She has consistently worked with state organizations and officials to upgrade gun laws and provide clean water for her constituents. Constance will stop at nothing to ensure that North Carolina gets the quality of living it deserves. Effectively writing one bill at a time, Constance will genuinely make history as a Black woman leading the change. Most recently, she worked in partnership with the NEA, under President Pringle, and moved congress and the CDC to reclassify teachers as first-line workers to receive Covid-19 vaccines in January, rather than April, 2021. She was worried that teachers would return to school not having the adequate time needed for the vaccinations to protect them, the students and parents.

Currently, Constance Lov Johnson is completing her Doctorate in Public Administration at NorthCental University. She has a Masters Degree in Education, Guidance and Counseling from the University of Maryland, finished her Bachelor's Degree in Education, Psychology, and Sociology from Livingston College, and earned a certification in chaplaincy at the Lutheran School of Theology. Learn more about Constance Lov Johnson on her website.

WASHINGTON, DC - A Utah man has been charged with breaking into the U.S. Capitol last week wearing a bullet-proof ...

Provided by Xinhua | &A 6.2-magnitude earthquake has killed 35 people in Indonesia, injuring 637 and displacing around 15,000 people.JAKARTA, ...

Four dead, many injured after UN peacekeepers ambushed in Mali

Five United Nations peacekeepers lost their lives on Wednesday, 4 in Mali and one in the Central African Republic. 4 ...

BEIJING, China - A team of 10 World Health Organisation (WHO) experts arrived in Wuhan on Thursday to investigate the ...