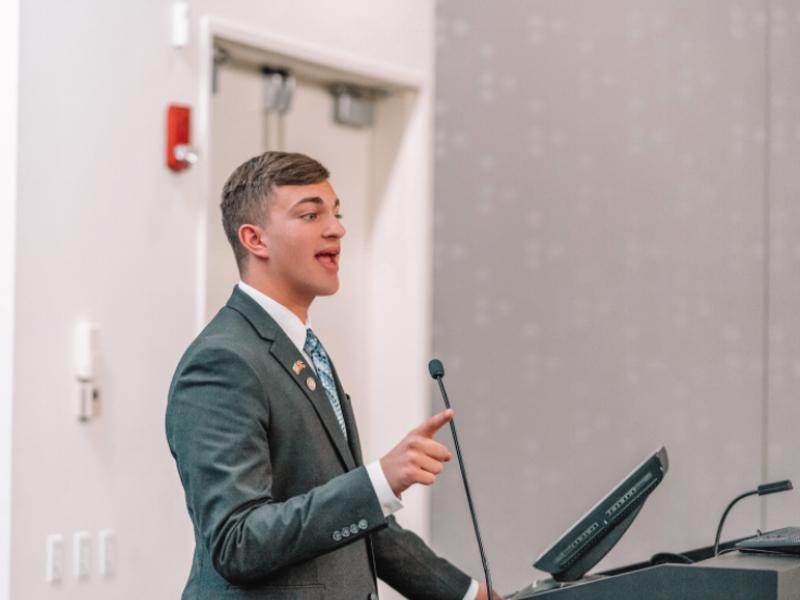 Some people are natural-born leaders. It takes a certain standard to uphold what it means to represent an entire community, let alone the entire American people. Brian Femminella is dedicated to do just that, and his entire life has led to that exact moment. He is a proud soldier, political activist, LGBTQ+ advocate, and the CEO of the SoundMind Corporation, and now he is aspiring to run for public office to serve the American populace.

He has more than just his titles to back him up, as he has the positive credentials that are rooted in the most prestigious organizations in the United States. He is currently studying Political Science at the University of Southern California, double majoring in Intelligence and Cyber Operations. He is also a former team member of the House Majority Whip James Clyburn's Legislative Team, which explains his passion for standing up for the rights of the people.

Brian Femminella fully embodies the values of leadership and risk-taking as he hopes to create a more positive impact with his go-getter attitude. Through these ideals, Brian has found a way to elevate his drive for positive change by advocating for equal and fair policies within the political community. He has been a consistent advocate of LGBTQ+ rights, fair data policies, mental health policies, and more. The latter being his current collegiate expertise.

The aspiring public servant also owns his very own company called SoundMind. The organization is developing a mobile application that helps its users reinforce their mental health through various mood tracking features, brain exercises, and music therapy. His organization is in line with his advocacy for Mental Health Awareness as he also continues to reinforce the issue by pushing for policies and legislation.

Brian Femminella is a true-blue American patriot. He has assumed the position of National Chairman of the Veteran & Military Affairs Caucus at College Democrats of America. Similarly, he has also served as the Los Angeles Regional Director for the California College Democrats under the California Democratic Party. Both roles have allowed Brian to work on numerous policies related to mental health and how people can help those who are struggling.

"I work in the mental health space, like many others, but I am also an advocate in the political atmosphere to ensure that resources, accessibility, and the overall mental health conversation is taken seriously by Congress through legislation," says Brian Femminella. The young political activist is using everything at his disposal to push for what he truly believes in.

He also acknowledges that much of the opportunities he has received today have been greatly supported by his loving parents Glenn and Tracey Femminella. "They taught me about perseverance and the ability to listen and act even when no one is watching," explains Brian. "The amount of support they have given me has afforded me the incredible opportunities that I have been presented with," he adds.

All in all, Brian Femminella is a young man who has so much ahead of him. His potential is limitless, and he has managed to do so much in such a short amount of time. He is an important figure in today's political climate, and he deserves so much recognition for his countless efforts. There's no stopping this young political activist as he pushes for a better world for everyone one day at a time.