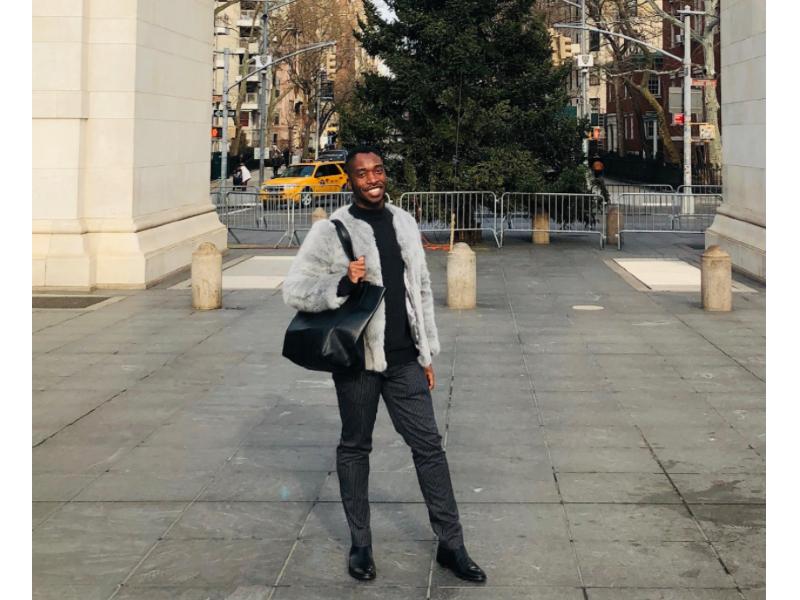 Any aspirant who dares to dream big will almost always encounter naysayers and people who refuse to believe in their potential. When their words are heeded, these people have the power to maneuver an individual away from the path they want to take. Cases where, instead of a support system, one gets surrounded by those who will tell them they would not amount for anything are prevalent, and this is a situation that Larry Stansbury is intimately familiar with. Setting an example for others to follow, he barreled through every objection, doubt, and criticism. Today, he takes center stage as a rising writer, public relations professional, and a beacon of hope for countless dreamers worldwide.

This Manhattan-based go-getter graduated from Syracuse University with a Bachelor's degree in Writing and Rhetoric. The road that led him to this milestone was nowhere near smooth because even before he stepped foot on his college campus, he had been on the receiving end of unnecessary comments from people who were quick to judge his decisions and pre-determine the course of his life. "People told me I couldn't do this or that. I was told I was not fit or ready to go to college, and this was what one teacher said to me in high school," shares Larry Stansbury.

Through it all, the multifaceted personality held his head high, overcoming the odds and moving onwards despite the challenges that stood in his way. Armed with a clearcut vision of what he wants to achieve in the future, dedication toward his goal, and an arsenal of skills, he is currently on track to reach the forefront of the industry.

Larry Stansbury draws inspiration from Michelle Obama, with whom he shares a birthday. Reading her book, "Becoming," provided him with the push he needed to start carving a path toward the summit. He began writing on Medium as one of the many steps toward the future he wants to come into fruition, and his first piece, "I've Become Myself After Reading Michelle Obama's Memoir and Left My Post-Grad Job," allowed him to reach greater heights. The write-up, which gained considerable recognition, helped this budding powerhouse establish his name.

As an acclaimed writer with bylines in Popsugar, Good Housekeeping, Her Campus, and more, Larry Stansbury covers a wide range of topics, including food, lifestyle, sports, entertainment, sex, and relationships. So far, he has earned countless nods of approval from readers and industry peers alike for the essays he has written and posted on his blog, Larry's Tips and Tea, and on medium. Additionally, the young hustler has managed to make waves, as well, with the publication of his book, "Conquering Adversity One Step at a Time," which is a creative non-fiction book that contains a collection of essays written to help others find their truth, be their own advocate, and emphasize the importance of not letting naysayers take away their power.

Every piece birthed from the mind of this self-starter is a look into his expansive inventory of knowledge, creativity, and vivid imagination. With these strengths on hand, he is set to snag more accomplishments under his belt and evolve into a powerhouse within the writing industry.

Learn more about Larry Stansbury by visiting his website.

CAIRO, Egypt: Egyptian authorities have prohibited swimming in a stretch of the Red Sea after an Australian woman was killed ...

LONDON, England: A UK parliamentary committee has told lawmakers that they may not bring babies to parliamentary proceedings and debates.The ...

WASHINGTON D.C.: Hershel "Woody" Williams, the final surviving Medal of Honor recipient from World War Two, has died at a ...

SEATTLE, Washington: A Norwegian cruise liner has canceled its sailing and returned to port after damage was discovered following its ...

US sanctions causes 90 percent drop in chips sent to Russia

WASHINGTON D.C.: U.S. Commerce Secretary Gina Raimondo has said that since the U.S. and its allies imposed sanctions on Moscow ...