Never Too Late, Joshua Valentin Proves Anyone Can Thrive in Their Passion Regardless of Age 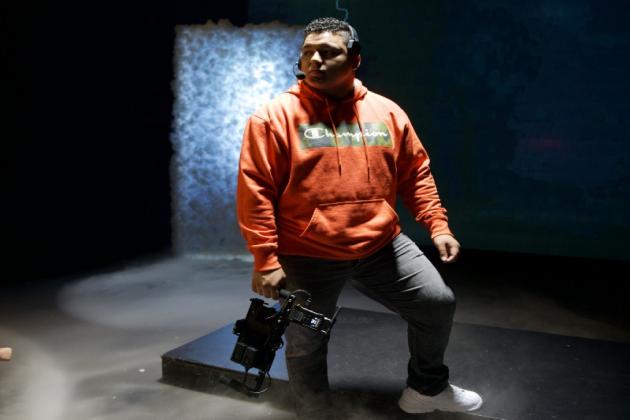 Growing up, parents shape up how children perceive the world, whether it's from a moral perspective or a career, parents play a significant role in guiding children. For budding photographer and entrepreneur Joshua Valentin, watching his father build his legacy was inspirational. However, it would not be until many years later into adulthood that he decided to follow in his father's footsteps, creating his own legacy.

Hailing from Manati, Puerto Rico, Joshua Valentin was born into a creative family. Growing up, his father and mother instilled the desire in him to always dream big and chase after his dreams. Throughout his life, he always had a deep love for the arts. Valentin held his passion for art even when he was bullied and discriminated against for his race, skin color, and accent. It provided him the comfort to cope with the harsh reality of life.

Valentin would not exercise his creativity professionally despite his lifelong passion for the arts until he met his wife, Yaira "Liz" Valentin. It was due to their marriage that Liz encouraged him to start pursuing his craft. Together, they started photographing models in 2019. From there, the couple's career only grew. They expanded their profession beyond models and started advertising for weddings and events.

Throughout their ventures, Valentin and his wife met with people in the industry, growing their connections and opening new doors to new opportunities. Eventually, he would find his craft evolving, not just in his composition and post-production but also in his craft. Joshua Valentin took an interest in videography, and he applied his photography knowledge to his new venture. As he started to delve more into his new medium, Valentin's connections helped him get into the videography industry, and he started to pick up gigs, assisting in different music video productions. Valentin's experience gave him enough confidence to start his own production company.

While most people would have balked at the idea of pursuing their passion at a late stage, Joshua Valentin proved that it is never too early or too late to try. He attributes his new career to his wife and father, especially to the latter, whose entrepreneurship pushed him to build his own legacy. What makes Valentin's journey so unique, apart from his late start, is his eagerness to learn. He doesn't believe that people ever stop learning. Valentin has stayed humble throughout his endeavors and always finds ways to improve his craft and overall brand.

Valentin's advocacy to pursue the art of photography does not end with his words. He is also running an online course that allows people to learn how to improve their craft with post-production. Valentin's course teaches people how to use Adobe Photoshop to polish their works and produce improved results.

Despite the short amount of time he's invested into photography and videography, Joshua Valentin has proven that he is more than capable of succeeding. As a result, he foresees his career taking a new direction, one that sees him working in Hollywood movies and directing music videos for major artists.