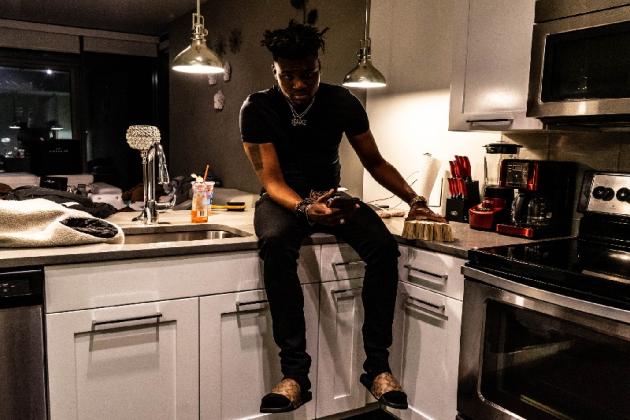 Apart from the heights they've reached and the extent of their influence, what makes today's powerhouses all the more awe-inspiring is the fact that many of them managed to secure a coveted spot at the summit of their target industries despite coming from humble beginnings. While it has now become more feasible to achieve success, it remains true that the road is much smoother for those who were born to privileges and connections. By exploding into the scene and making a name for himself in an industry known for its cutthroat and saturated nature, rising musician East Atlanta Montana proves that one's past doesn't have to set the course of their future.

A recording artist from Georgia, this go-getter grew up in an area called Zone 6, raised by a single mom who poured her heart into raising four kids in the face of the challenging circumstances that come hand in hand with living in a tough neighborhood. Yet, despite her best efforts, East Atlanta Montana landed in hot waters as a teenager, going in and out of detention centers and ending up on house arrest.

Cooped up within the four walls of the house while under arrest, East Atlanta Montana used his mom's laptop to record music. His newfound competence at the craft then became handy when he started creating tracks to diss rival gang members, a tendency that would later cause an altercation and get him sent off to a military program. The experience, albeit difficult, ushered in a new chapter of this multi-talented artist's life, maneuvering him in the right direction and helping him find his footing.

Pulling a 180, East Atlanta Montana focused on growing as an individual. After he received his GED, he formed a group called Gwalla Boyz. With their distinctive artistry and potential as musicians, they created a considerable buzz throughout Atlanta and attracted the attention of different labels. That passion-fueled and bold entry to the world of music marked the start of his climb toward the forefront of the music scene.

Currently, East Atlanta Montana boasts an impressive discography that speaks not only of his arsenal of skills and innate talents but also of the journey that took him from rags to riches. The emerging powerhouse, who is behind the track "She Poppin' ft. Coca Vango & Lil Quill," brings to the table the drive to tell stories that resonate with others and the mission to send across powerful messages of hope to young people.

Blessed with a global core fanbase and with years of experience on his portfolio, East Atlanta Montana continues to capture the interest of listeners worldwide. The self-starter, who decided to stay independent, is ready to release "No Handouts," a much-anticipated project that talks about the accomplishments he's snagged under his belt even without help from any major labels.

In the years to come, East Atlanta Montana aims to drop more phenomenal tracks and cement his standing within the music industry more solidly. Additionally, he looks forward to launching his label and mentoring artists who wish to overcome the odds and find their own success.

Learn more about East Atlanta Montana by visiting his website.