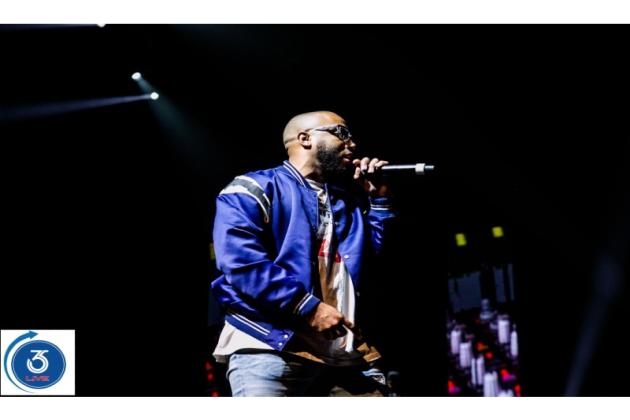 In times of distress and disaster, no matter the magnitude, the world has often found ways to cope and get through any situation. Like-minded individuals often push for relief, and entertainers and celebrities selflessly organize concerts where all the proceeds go to the victims of the disasters. Last week, during the Labor Day weekend in Miami, Florida, celebrities and entertainers from all walks of life, including the local Miami hip-hop scene, dedicated the weekend of September 4 and 5 to celebrating in a concert-like manner and donating all proceeds to the Haiti Earthquake victims. A portion of the proceeds realized from the event would be donated to The Jack Brewer Foundation for the benefit of those impacted by the devastating earthquake in Haiti.

The event, the first of its kind in Miami's city since the pandemic outbreak over a year ago, was headlined by the duo of French Montana and Trey Songz alongside a retinue of local artists led by Yes Juelz. The 365Live packaged event was hosted by locally acclaimed South Floridian musician and entertainer EZ Stevie. The tickets, which sold out immediately on sale on 365Live's newly developed platform, had over 2,000 people in attendance for the two-day event, culminating on Sunday, September 5.

In what was described as the performing artists' "best performances to date," the event kicked off for Day 1 on Saturday, September 4 at the James L. Knight Center, where at least 3,000 guests were in attendance. EZ Stevie hosted it, and exclusive performances were made by French Montana, Est Gee, CJ, Major Nine, Chinese Kitty, Bizzy Crook, MoneyBagg Yo, and Yung Reece. The celebration, however, did not stop there as 365Live organized an afterparty at the popular Vendome Nightclub. And despite the incredible turnout during the day, hundreds of people showed up to continue the festivities late into the dead of the night. The afterparty was hosted by MoneyBagg Yo and Est Gee, who ensured that there was never a dull moment in the crowd.

The event resumed the following day on Sunday at the new Oasis in Wynwood, one of the most beloved venues in South Florida. It featured performances from Trey Songz, Maria Angeliq, Chinese Kitty and Shenseea. The over 2,000 guests accommodated at the venue never experienced a dull moment as the event host, Yes Juelz, took them through an unforgettable experience.

Later on Sunday evening, an afterparty was hosted by hip-hop legend French Montana at the Vendome Nightclub and taking advantage of the crowd. Their enthusiasm helped launch 365Live, an exciting new platform and, at the same time, raise additional funds for Haiti's earthquake victims. For 365Live events, the brand is simply living up to its status as the number one company to call for these types of events and fundraising endeavors. Hence, the reason they didn't hold back on delivering one of the best-in-class entertainment and the hottest Labor Day weekend in the history of Miami city. With strict compliance to the Center for Disease Control's (CDC) pandemic guidelines, "No mask, no entry."

The 365Live App is now available in the App Store and the Google Play store for download. Learn more about 365Live here.

LOS ANGELES, California: A magnitude-4.3 earthquake struck near Carson, California on Friday night and was felt in cities throughout Southern ...

BEIJING, China: China is carrying out emergency procedures after a 6.0-magnitude earthquake struck Sichuan Province in the country's southwest, killing ...

WASHINGTON D.C.: Military aid worth $130 million, out of a $300 million package intended for Egypt, will be withheld by ...

BOISE, Idaho: Public health officials in Idaho have warned that they will need to impose an emergency-level rationing of care ...

SYDNEY, NSW, Australia - Australian commercial radio ad revenue has bounced back up despite ongoing lockdown restrictions across the country.Revenue ...

PORTLAND, Oregon: Dutch Bros Coffee, which began in business by selling espresso-based coffee drinks from a pushcart in the Oregon ...

BEIJING, China: Seeking to expand its influence, China is seeking to join an 11-nation Asia-Pacific free trade group, the Comprehensive ...

WASHINGTON D.C.: A senior White House advisor has said that the Biden administration is considering mandatory COVID-19 vaccinations and contact ...

CHICAGO, Illinois: The airline industry is showing signs of recovery from the COVID-19 pandemic, Boeing said on Tuesday, predicting rising ...