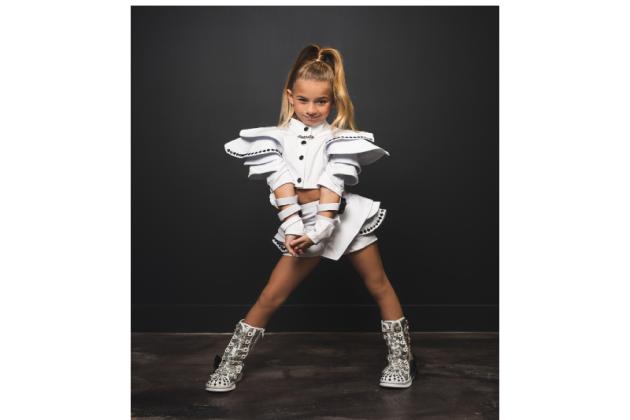 Typically, it requires a decent amount of time to gain recognition in any industry. However, Mandy Corrente seems not to have read that script, making a splash in the entertainment waters with her songs and acting performances even though her age is still in single digits.

Born in Miami, Florida, Mandy Corrente is a sensational young actress, social media star, dancer, and singer. Although she is still in the springtime of her childhood, this 7-year-old social media darling has taken the space by storm-with over 2 million views on YouTube and more than 70 million views across her social media accounts in the last couple of months alone.

The child star has released nine singles, including "Summertime," "Butterfly," "Sleepover," and "All My Love," which are all a celebration of childhood-its simplicity and joys-layered over positive lyrics and upbeat tunes. Each new release showcases her range of talents, dedication, and growth, from learning music and how to play the guitar to vocalization and dance. It will come as no surprise to say that in Mandy, the Entertainment Industry may have one of the child prodigies of the current era.

In retrospect, Mandy's inborn inclination for singing, acting, and dancing began when she was just three years old. By the time she was five, she had written her first song, and with the love and support of her parents, she set out on a remarkable artistic career of success and learning.

In what has become synonymous with her performances, Mandy brings a sunny vibrance to the digital space with fun, creative content and a mixture of English and Spanish, paying homage to her Latin roots. Her unassuming character has endeared her to her young fans as she proceeds on her path to stardom.

Mandy Corrente has acquitted herself admirably for one so young, balancing her time between school, a public image, and the planned release of her debut album before the year's end. She has garnered praise from important names in the industry like Shakira, who, commenting on one of her performances, said, "You are already a Superstar." Mandy has also appeared on The Ellen Show and has begun taking acting classes after receiving several offers from Los Angeles-based talent management agencies.

Continuing in her remarkable ascent, Mandy Corrente recently announced the release of her new single, "Style," born out of her own inspiration. In an interview, her mother and manager, Daniela Corrente, shared, "'Style' is a song born from Mandy's idea. When Mandy was asked what she would like to sing about next, she immediately said style." The single was produced by Homero Gallardo, and it invites people to be themselves and be happy with their fashion choices.

Earlier in the year, Mandy began working with celebrated producer Poobear, who has worked with music icons such as Chris Brown, Maluma, Shakira, and Justin Bieber. As a result, one can expect that her star is about to get even brighter as she looks poised for her place on the global stage.

"Style" and her previously released songs can be found on all major streaming platforms.