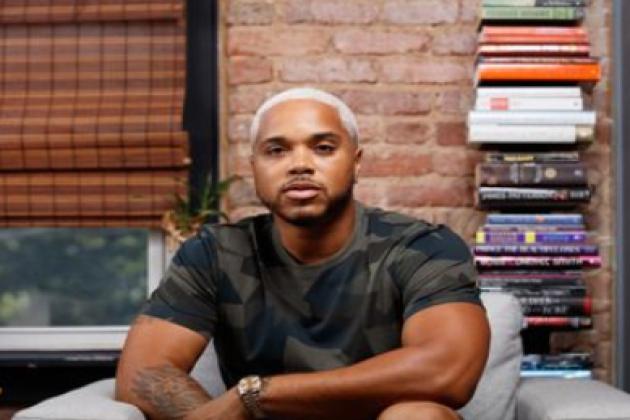 Every woman deserves to get a hairstyle that makes them feel beautiful and confident. That's a belief that pushes Uno Williams past his limits and enables him to give top-tier hairstyling services to countless women every month. Now, he's out to spread the news of a revolutionary technique technology that creates the perfect platinum pixie haircut every single time without fail.

Brandon "Uno" Williams is a premier hairstylist and entrepreneur who has reached significant heights in hair styling and barbering. He owns and operates Hair By Uno Studio Salon, a styling clinic best known for its signature pixie cut-a technique that the stylist has perfected after twenty years in the industry.

The idea first came to Uno Williams after he learned his first pixie cut technique back in 2001. "It has always been said that it wasn't possible to achieve a bone-straight platinum pixie haircut on textured hair for women of color," he shares. "I saw a flawed technique and sought to make it better. There was a problem, and I offered a solution."

Soon, word got out about Uno's Perfect Platinum Pixie cut, which had women rushing to the door, especially women of color, who can now achieve -the platinum tresses while still maintaining the integrity of their hair. -perfect pixie cut look -without any damage to their hair. Soon after, many stylists started reaching out to Uno Williams, asking if they could learn the technique and apply it with their clients. The master stylist saw an opportunity to help other people in the industry. So he trademarked a seminar (patent pending) and started teaching his method back in 2020. Within a year of teaching running the system he now calls The Perfect Platinum Pixie, there have now been over 250 certified specialists. Those stylists now apply the technique in their businesses and have seen tremendous results and business growth.

Uno Williams is a character you don't meet every day, yet, many people close to him are quick to note his hunger for excellence and greatness. The stylist shares his journey of discovery, which stems from his faith. He battled with the decision of expanding his business for many years.

"God stepped in and said, 'Son, I gave you this gift. You better use it before I take it away or take you out of here for ignoring me,'" Uno vividly recalls. "That forced me to see it with my own eyes, believe that it could happen, and stop letting fear of failure run my life."

Today, that leap of faith has paid off immensely. His business, Hair By Uno Studio Salon, continues to thrive despite one of the most significant blows to the beauty industry. Of course, the pandemic provided its fair share of problems, but Uno Williams has experienced nothing but growth since 2020. Today, the Atlanta-based stylist is not only one of the most sought-after Pixie cut stylists, but he's also helping other stylists thrive by sharing his gift with them.

Uno continues to look forward and dream of more immense achievements for himself and his family. He hopes to get the patent for the Perfect Platinum Pixie approved soon and grow his hairstyling company into an empire that stretches across the United States and the world.

WASHINGTON D.C.: In the past three weeks, the latest campaign to offer a second Covid booster shot has seen 4.4 ...

MOSCOW, Russia: Employees at Russian airlines and airports have begun receiving army draft orders, as reported this week by the ...

School children gunned down by ex-student at school in Russia

MOSCOW, Russia - At least fifteen people, including 11 pupils, have been killed in a mass shooting at a school ...

LUCKNOW, India: Thirty-six people, including 12 struck by lightning, have been killed in northern India over the past 24 hours, ...

LONDON, England: The non-profit organization Presidium Network has announced that five British prisoners of war captured in Ukraine have been ...

KUALA LUMPUR, Malaysia - Southeast Asian nations must decide whether a five-point plan to end the violence in Myanmar is ...

NEW YORK, New York - Stocks were choppy on global markets Tuesday as investors struggled with a slew of bad ...

After end to Covid aid, Canada has $4.67 billion budget surplus

OTTAWA: Canada's finance ministry has said that partly due to higher tax revenues and the end of COVID-19-related benefits, the ...

SYDNEY, NSW, Australia - Stocks in Asia were mostly stronger on Tuesday after the heightened volatility of the previous day.Markets, ...

ISLAMABAD, Pakistan - Prime Minister Shehbaz Sharif has stated that Pakistan may need to import over a million tonnes of ...

The Greatest Show on Earth