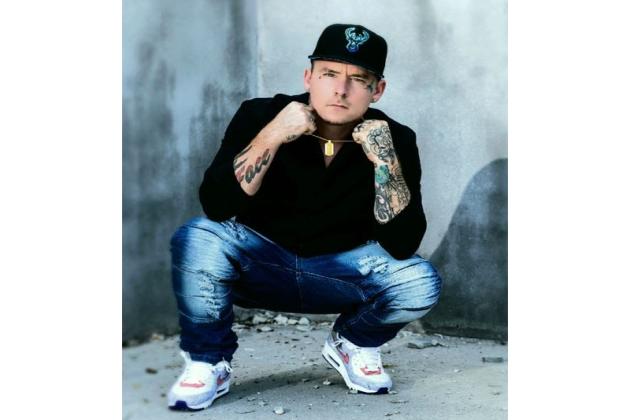 A main point of contention in today's music scene is the alleged hyperfocus of industry labels on numbers and profit and the consequent decrease in the quality of songs released for streaming and download. In the face of this observation, labels and artists dedicated to bringing the best sound possible continue to stand out and capture the attention of listeners from all over the globe. Stryker Records is among those that have managed to distinguish themselves and establish a solid reputation, thanks to its commitment to quality and the distinctive artistry of the musicians and producers under its wing.

Founded by Chris Dobry in 1997, Stryker Records is a record company that is currently making bold moves in an industry known for its cut-throat and saturated nature. In the years since its launch, the label has birthed multifaceted artists armed with the vision to make a name for themselves in the world of music and entertainment.

This year, Stryker Records hopes to reach greater heights and secure a spot in people's favorite playlists through the release of a hip-hop remix of the hard-hitting Saving Abel track, "15 Minutes of Fame." Scheduled to become available on streaming platforms in the early part of 2022, it was produced by Malcolm Springer and Saving Abel bassist Scott Wilson and features the stellar performance of Drew Lines, Scotty Austin, and Jason Null.

The participation of Drew Lines, the first hip-hop artist to be signed by Stryker Records and the most recent to join the fold, is making a buzz as the Wisconsin-based singer and songwriter is known for his inspiring story and all-out approach toward reaching the forefront of the music scene. Born as Andrew Wold, the promising talent is intimately privy to the seemingly never-ending string of challenges that life has to offer.

"Growing up was a struggle, a hard-fought battle, but every man's struggle is their own, and I have made it through what I hope to be the worst of my own," shared Drew Lines, whose tumultuous journey includes the tragic death of his older brother, C.J., with whom he started a group called The Brotherhood in 2010.

Drew Lines-who started writing by the age of 13 has written over 500 poems, one of which received an award from The International Poets Society-had to overcome numerous obstacles over the years, from a devastating car accident that left him in a coma to months of physical therapy and the hard work involved in trying to walk again. But despite the odds, he pushed forward, eventually finding himself onboard Stryker Records in the summer of 2020. In a span of two years, he would serve as the voice behind multiple hits, such as "Rise," which topped several charts, and "Love is War," a single that hit the top 10 on M3 Radio in just three weeks after its release.

With the upcoming drop of "15 Minutes of Fame," listeners can look forward not only to another incredible performance by Drew Lines but also a taste of what they can expect from Stryker Records in 2022.

Learn more about Stryker Records and Drew Lines by visiting its Facebook page.

BEIJING, China: Slovenia's plans to upgrade relations with self-governing Taiwan have angered China, which accused Taiwan of ratcheting up diplomatic ...

MEXICO CITY, Mexico: In a blow to the country's press corp, two Mexican journalists who had reported their country's slide ...

Water main break causes homes to be evacuated in Washington

BELLEVUE, Washington: Fire officials in Bellevue, Washington said two people escaped from a home that partially slid off its foundation ...

President Biden and the Democrats were highly critical of President Trump's foreign policy, so it was reasonable to expect that ...

PARIS, France - TotalEnergies, a French energy behemoth, has asked the US and French governments to approve targeted sanctions against ...

NEW YORK CITY, New York: Telecom companies have rolled out 5G networks in various locations across the United States over ...

WASHINGTON D.C.: The U.S. Department of Agriculture (USDA) has said that this year's orange crop will produce a smaller yield ...

SYDNEY, NSW, Australia - Stocks in Asia fell almost across-the-board on Friday, with the biggest loser the ASX.The Australian All ...

LONDON, England: Consumer prices in the UK have risen at their fastest rate in nearly 30 years, but experts warn ...