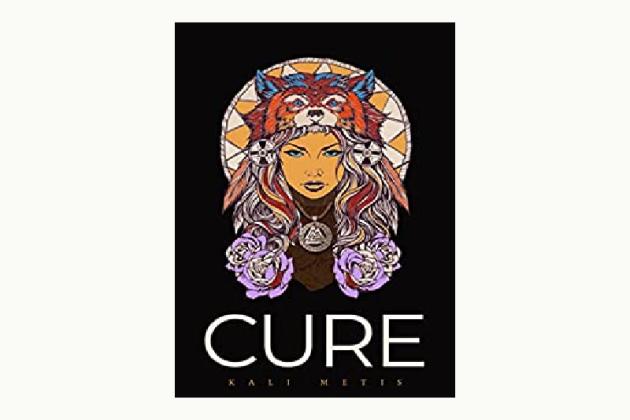 Introducing a fictional heroine that will stand the test of time is an overwhelming challenge for any book author. But Kali Metis has created a very lovable character named Luna Auber in her latest novel titled "CURE," judging from the number of praises she receives from book critics and fellow authors. Certainly, Metis has perfected the key elements that make a great heroine - a woman who is her own authority, relatable, and has faith, wisdom, and strength.

In the novel, the lead character Luna is stunned by her brother's apparent suicide. She finds out that she inherited the keys to his apartment and a trip to Sweden. Determined to follow the instructions of her late brother, Luna embarks on a journey and explores the heritage of the Birke, an iconic female Viking warrior. Her journey uncovers one revelation after another, including the misdiagnosis of her brother's shakes. She finds out that his shakes were part of the early stages of his transformation as a shapeshifter, a lycanthrope. Much to her surprise, her own shakes have also begun. She is forced into a precarious and confusing situation that pushes her to choose between transforming or destroying the world.

Metis purposely created Luna to be as relatable as possible, even in depicting her fight scenes. The character embodies someone who never had any Martial Arts training and resorted to cheating to win whenever she was attacked.

"If someone is in a position in which they are being attacked, they can use these same techniques to defend themselves without having to go to a self-defense class or hundreds of hours of martial arts training. I need to thank Jonathan Maberry for helping me craft these scenes to ensure they are accurate. He used to teach self-defense at Temple University," the author explained.

Award-winning author, HWA Lifetime Achievement Award recipient, and SFPA Grand Master Linda D. Addison has this to say about Metis' latest work: "What if your intuition turned out to be something bigger and supernatural? What if your brother's disease was misinterpreted, and the cure is an ancestral truth that no one wants to speak? Once family secrets are uncovered in Metis' novel, things really ramp up."

Jonathan Maberry, New York Times bestselling author of "The Wolfman" and "Kagen the Damned," speaks highly of what Metis has achieved with her novel, saying, "With CURE, Kali Metis reinvents the werewolf novel in a compelling and terrifying way, and brings a new heroine to the forefront! Very highly recommended!"

Kali Metis is the pen name of Lisa Diane Kastner, the founder and executive editor of Running Wild Press. The company was honored with two best of 2019 and two best of 2020 books, according to Kirkus Reviews and other respectable critics. In addition, Kastner was named Yahoo Finance's Top 10 Entrepreneurs to Watch in 2021 and was nominated to Forbes Next 1000, an A-list of American self-funded entrepreneurs who never gave up even during the pandemic. She was also recognized in New York Weekly's Top 10 Females to Watch in 2021 and her company in LA Wire's Top 10 Businesses to Watch in 2021.

Kastner was inspired by the idea of developing her own press during her first date with a man who is now her husband. Back then, she knew several authors who could not get published, and he suggested she start her own press. Additionally, it was Jonathan Maberry who challenged her to come up with a female hero that she herself would love to read and that was precisely what Kastner did.

Tokyo suffers through heatwave, worst since 1875

DUBAI, UAE: The Arab states have built significant amounts of solar and wind power installations, and are in line to ...

LONDON, England: A second referendum on Scottish independence is set to be held in October 2023. The Scottish government, led ...

14 ft. crocodile captured by man in Indonesia, returned to nature

SULAWESI, Indonesia: Using just a rope, an Indonesian man, supported by fellow villagers on the island of Sulawesi, captured a ...